I’ve warned people in the past of the potential dangers of stuffing gas, but it’s never been taken seriously. Last thanksgiving while we were putting away leftovers, I gave out the warning again.

“DON’T use aluminum foil over the stuffing!”
(Der…)”Why not.”
“It dissolves the aluminum in short order, and I don’t want to eat stuffing with that much metal dissolved into it.”
(Derp) “Heh. Don’t be silly.”
“I’m telling you, I’ve seen it many times.”
(Rolls eyes, like I’M the idiot) “OK fine, we’ll put some turkey over the stuffing. That way no stuffing will be in contact with the tin foil.” (still thinks foil is made of tin – go ahead and try to find actual tin foil at the grocery store)

Less than two hours later I opened the fridge and this was the result. The stuffing gas had wafted up past the slices of turkey and eaten dozens of little holes in the aluminum. 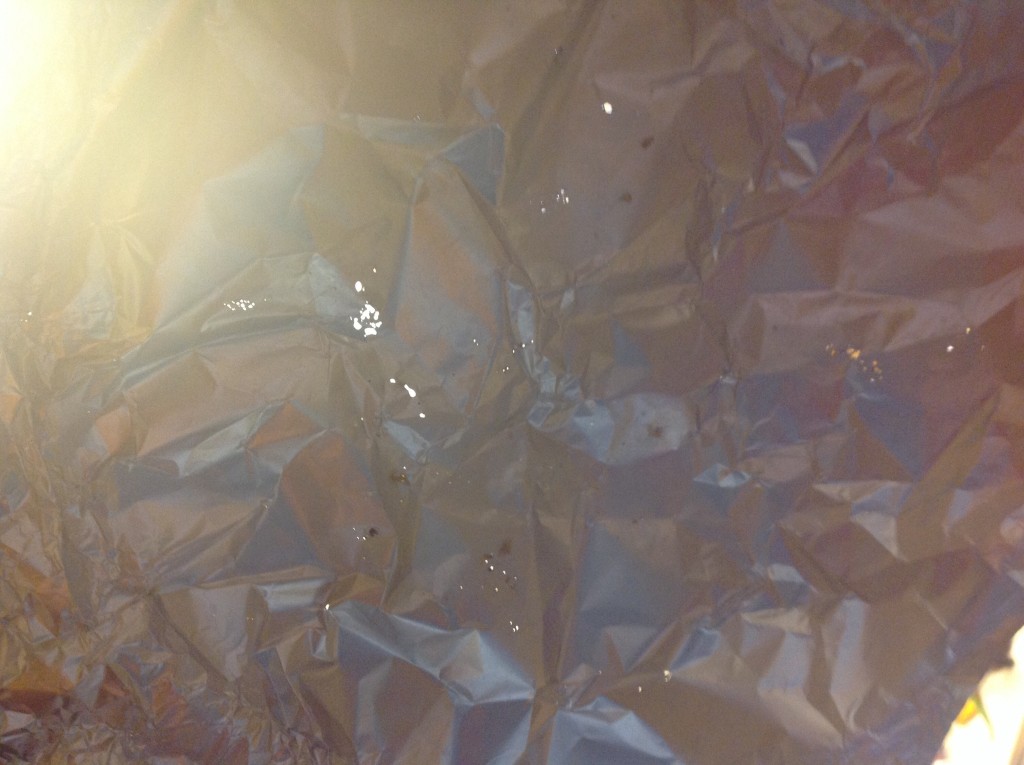 If stuffing gas were to be weaponized, no aluminum structure would be safe. Keep an eye on Mrs. Cubbison!