Ry sent me an email with a link to this collection of gun cartoons. A few are duplicates of my collection but there a bunch of new ones as well. I’m going to be posting the ones I’m fairly certain are new to this blog starting with: 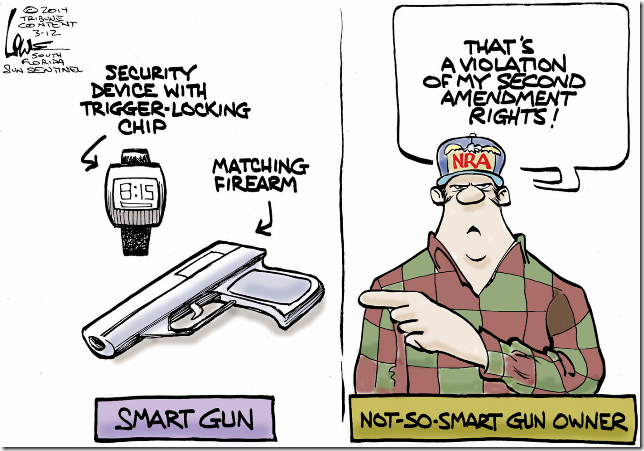 Not-so-smart? So perhaps our brainiac cartoonist could answer the following questions:

“Smart guns” aren’t smart except in some very limited circumstances. This cartoonist isn’t very smart and should seek help for their prejudice.

14 thoughts on “Gun cartoon of the day”