We spent most of week of February 17th on the Disney ship Magic in the Bahamas. I had been on Disney’s sister ship Wonder several years ago but this was Barb’s first cruise. As with me Barb had never had much interest in going on a cruise until after having actually been on one. Part way through the cruise Barb was talking about “the next cruise we go on”. 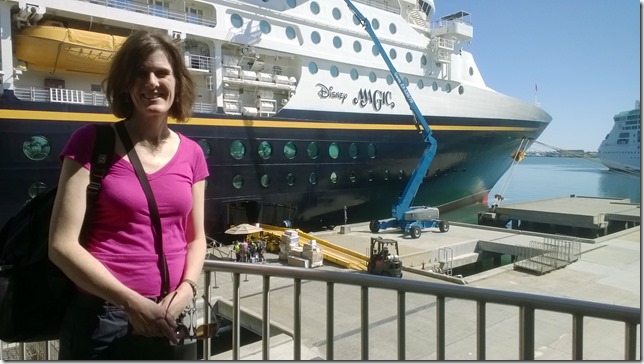 This was the entrance to the ship. Notice the resemblance to Mickey Mouse? 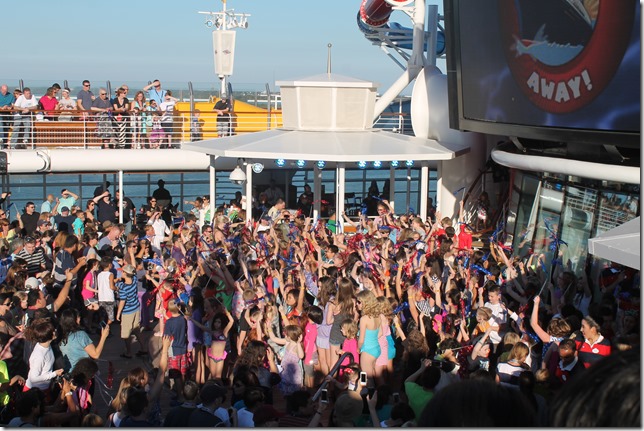 This was the going away party. There was loud music and some of the Disney crew were doing cheerleading. I found it an interesting psychological study.

After observing the party from an upper deck Barb and I found a little quieter spot and watched Port Canaveral fade away in the distance.

The next morning we arrived in Nassau. As we approached the harbor a pilot was brought out to our ship to guide us in. 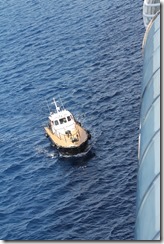 Arrival of the pilot. 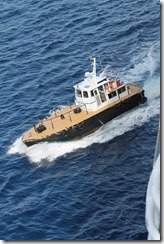 Departure of the pilot’s transportation. 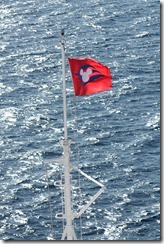 This was the flag near the bow of our ship. 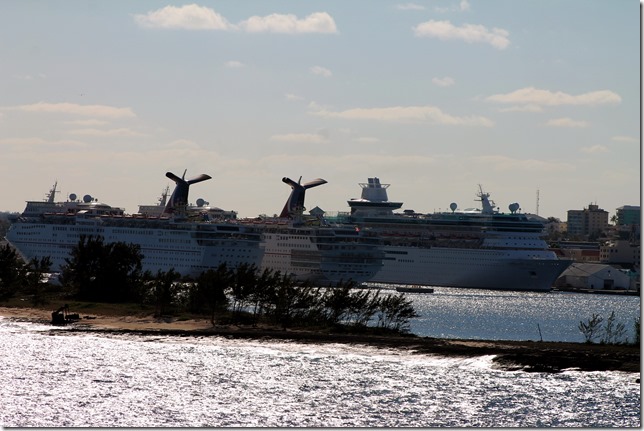 This is the harbor at Nassau as we arrived. Do you think maybe they have a lot of tourists? 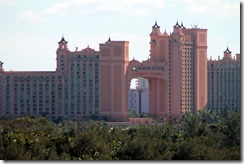 The last time I was here a tour guide said the walkway between the buildings was a hotel room for rent—at $20,000/week IIRC.

We did a self guided walking tour through parts of Nassau and “fought” off the aggressive tour guide who really, really wanted to give us a tour in his limo. The most fun thing we did at Nassau was go through the Pirate Museum. 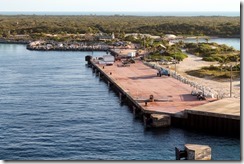 The next day we arrived at Disney’s island Castaway Cay. 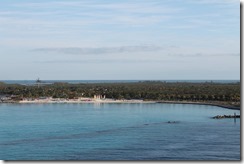 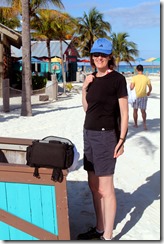 The first thing we did was rent bicycles and go for a ride across the island. 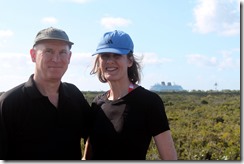 This picture was taken from an observation tower on the far end of the island. 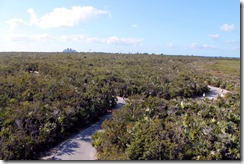 From the same observation tower. 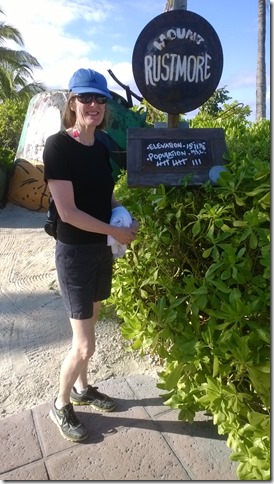 They claim the highest point on the island is less than 16’ above sea level. I can believe it. 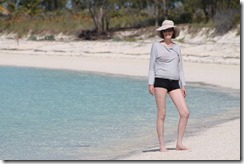 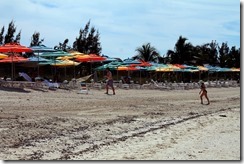 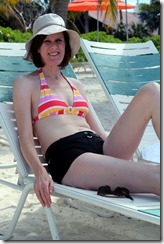 Most of the rest of the time we spent on the adult beach. It was very pleasant. 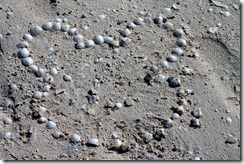 Someone had used shells to make an outline of something.

I’m not sure what the name of this bird is but it was pelican like. Taking pictures of it while we were on the beach gave me something to do. 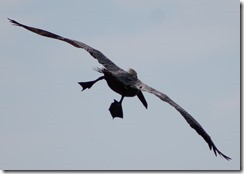 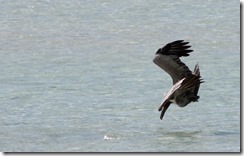 I’m not sure if it was diving for fish or just making very ungraceful landings. 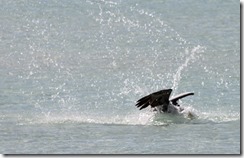 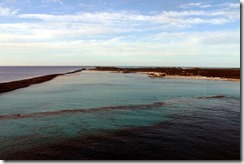 This was how it looked as we left the island.

The next day we spent the entire time cruising around in a circle. Then during the night we returned to port. We were off the ship and back to the airport by 9:00 or 10:00. I didn’t know how long it would take to get there when I made the airplane reservations and we were scheduled for something like a 6:00 PM departure. There were no seats available on an earlier flight so we waited in the airport. We flew to Houston and found out our connecting flight was something like five hours late. We didn’t leave Houston until after midnight. It was something like 2:00 AM Pacific time when we finally made it home and into bed. And, of course, we were fully adjusted to Eastern time. We were really, really tired.

The vacation was totally worth it. Much of the rest of the nation was enduring snow and bitter cold. And best of all I sent some of the bloggers who were discussing the cold an email sympathizing and included this picture from Nassau:

8 thoughts on “Disney cruise in the Bahamas”