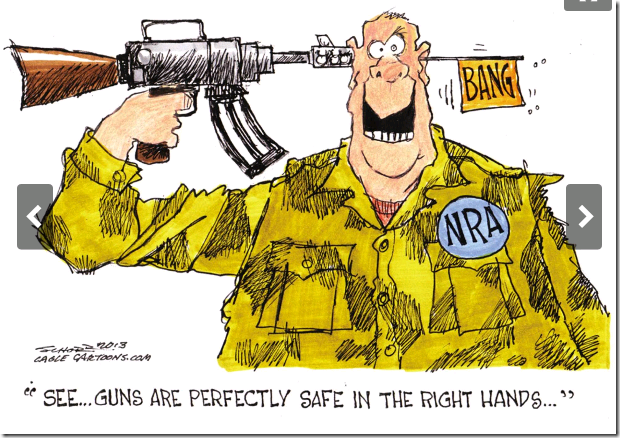 I’m not even sure what the cartoonist is trying to say. Is it that NRA members are empty headed?

Has this guy ever looked at the demographics of gun owners versus the general public? 37% of gun owners are college graduates and 30% have done post graduate work. And this includes people so young they would not have had time to complete college.

In the general population of 25 and older (note the biased sample compared to gun owners!) 40.58% have college degrees and just over 12% have Masters, Doctorate, or professional degrees. There does not appear to be justification for claiming gun owners are uneducated or empty headed.

Hence, I must conclude that the cartoonist is the one who is uneducated based on his willful lack of knowledge on the demographics of gun ownership.