From between two group of passengers, a frail-looking elderly man in a monk’s habit gets slowly to his feet, then walks creakingly toward them, and they eye him as he approaches. He stops a few yards away and regards them intently. His face is ashen and yellowish, and even the whites of his eyes are yellow, but it’s clear his mind is still all there from his expression.

Monk: What now, my violent young friends?
Helton: Well, (takes a small drink) We make a plan, and get everyone to safety.

Monk: (with a small smile) I admire your faith, my son, but you seem to have more hope than sense.

Helton: Yeah, right now all he’s provided is an abundance of shortage.

Helton: (sarcastically) Which only proves he’s got a really odd sense of humor.

Monk: (wryly) Indeed. But you don’t look like a punchline to me.

Harbin: (grimly) Not a perfect situation, but we’re not dieing of thirst just yet.

Helton looks sharply at Harbin, closes his eyes, takes a deep breath, and talks mostly to himself

He looks around, eying the people, the water bottles, gazing over the terrain. Suddenly he squints more closely at one of the mesas, then back, and around, and he gets an expression of surprise on his face.

Helton: Hey, hey-hey-HEY! I… I know that rock outcrop! I know this place. I’ve been here before!

Helton paces back and forth for a bit looking at everything around him like a crazy man, energetically pointing out things, muttering to himself about rocks and minerals

Helton: The basalt was over there, and the granite that-a-way, terraforming cut through silicates there…

He’s gesticulating like he’s trying to remember everything from a faded memory years old. Everyone else around him eyes him cautiously.

Helton: (snapping his fingers) GOT IT! Sun’s coming up over there, gunna get hot, damn hot. That valley he pointed us down is a long way to the mine, but it should be easy walking. There is a shorter way around that side, but it’s rough. Lots of sharp igneous rock, and an old TFP cut. How, how, how…?

Harbin: Could we cut ahead, take a transport, come back to get them?

Helton taps his chin, looks at things around him intently, and becomes nearly oblivious to the people around him, muttering and looking acutely at features here and there.

Suddenly the monk nearly collapses, sitting down hard. His face is pale, jaundiced, and sweating. Helton snaps back to the people around him, and goes to the monk’s side.

Monk: (with labored breathing, and trying to put a good face on a dire situation) Nothing that’s not been going wrong for months. I was headed home to the abbey for my final voyage. (winces faintly in some internal pain). Looks like… uuuhhhh… it might be a shorter trip than I planned.

Helton: No, you’re going to make it! We’ll ALL make it!

Monk: Would that it were true. But no, I… It’ll spread the water. I’ve done my work in this world.

Helton: No, you’re not done yet!

Monk: With my kidneys, I’ll be visiting with God in a couple of hours. Sorry to disappoint you…

Helton: Well, we’ll do what we can do.

The monk smiles at him faintly, and Helton stands up and looks around, for a minute…

Flash a rapid series of images from Helton’s POV

Helton: OK, unless someone has a better idea, here’s the plan.

Helton squats down and picks up the water one at a time, and looks around to see who has what. He tosses water bottles to everyone that doesn’t already have one, and an extra one to each of six that appear to be family groups or together. While he does this, and checks through the clothing of the seven dead for possibly useful items, taking their jackets and belts and tossing them to the groups for night-time warmth, etc. He explains, talking fast and firmly, pausing to look people in the eye as he hands them things.

Helton: Harbin and I can cut over that way along other side of mesa and-

Passenger2: But they said the way to the mine was that way (points down valley)

Helton: Just ‘cause they handed us a shit sandwich doesn’t mean we gotta eat it. Just deal with it. Now, the sun is still low, so we can move into and through the shadows on the east side of the canyon for a while. By noon it’ll be getting hot. Find a shady spot, lay down, and sleep if you can. Move out again around six or seven as it cools. If you come across any water it’ll have a lot of alkaloids, so DON’T DRINK IT! And-

Helton cuts himself off, and pats at pockets in his travelers coat. His face brightens.

Helton pulls out a series of tiny flashlights, checks them and tosses one each to four groups.

Helton: Always kept a supply of these handy for the kids. Anyway. You’ll need to march all night to keep from freezing, but don’t go too fast or you’ll sweat and get dehydrated and exhausted. Save your water until tonight if you can. A couple of big turns down the canyon, you’ll see the prison mine. Find a spot just around the bend out of sight there on the west side and wait for us. Harbin and I’ll take the cut around the other side of the mesa. We’ll sneak in, grab something flyable, zip out and grab you, and get as much airspace as we can between us and them as fast as we can. We’ll aim for sunset in two days, so be ready to move. If we don’t pick you up before sunset in three days, go in together as a group, and you’ll have to take your chances because in three days… (he shrugs the obvious alternatives away). If you are stopped and cold, huddle together. Any questions?

Helton: No. No time to waste before the heat sets in. Anything else?

Monk: (holding out his water bottle) I won’t be needing this.

Helton: Yes, you will.

Monk: (gritting his teeth a bit) No. It won’t make any difference for me, it might save one of you.

Helton: Thanks. (takes the bottle gently) We’ll come back for you.

Monk: Only if you can do so safely.

The monk motions feebly to Helton for him to come closer. Helton bends down. The monk whispers something into his ear, and presses a small medallion into Helton’s hand.

Inset-a 40mm medallion of metal, with some red enamel and a black enamel Possenti cross on it. 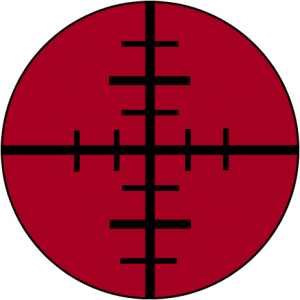 The look of seriousness on Helton’s face become more set. He puts his hand into his pocket.

Helton stand up, looks at the group as they all get themselves arranged, looking like they have renewed hope, even if it’s going to be tough.

One of the ladies in the group comes up and gives him a hug.

The rest of the group gives Harbin and Helton a quick hug or handshake, with murmurs of “luck” or “bless you” and “give ‘em hell.” Harbin gives a close look at the monk, sitting, slumped on the ground. The monk looks at him, and shakes his head slightly, wincing. He straightens up slightly, adjusts his position, and settles into a meditating position.

They all start off in their respective directions. After a two dozen paces, Harbin stoops, picks up a smooth rock a bit smaller than a baseball, hefts it, and turns to look at the monk, now sitting facing the sunrise. The camera view returns to just show Harbin as he winds up and throws the rock, hard, and there is a soft crunch from off-camera as it smashes into the monks skull, then the flopping sound as he flops over onto the ground. Helton looks at him, appalled.

Harbin: (flatly) Dieing of thirst and organ failure, alone in a desert, is not a good way to die. (turning to address the monk, and saluting him, and speaking in a respectful, sincere tone) May your god watch over you soul.(Turns back to Helton, waving his hand in the direction of the mesa) Lead on.