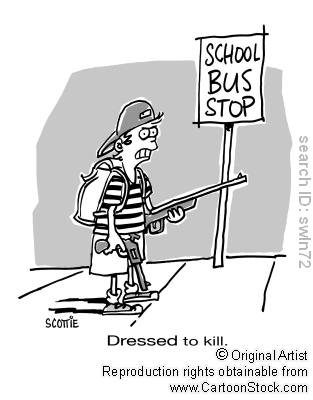 Yes. There have been some school shootings. And seeing a scene such as the one depicted would be adequate justification for concern. The guns should be properly cased for transport.

What is lost on most people is the school shooting incident data before and after schools were made “gun free zones”.