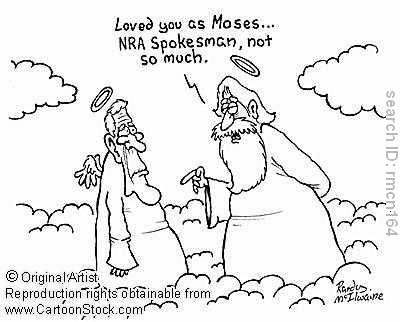 This is the last of the Charlton Heston cartoons I have. I meant to post it yesterday but was in a hurry and grabbed the first one on my list.

I mostly give the artist a pass on this one too. It’s not exactly classy to criticize someone on their death but compared to some of the other crap that was thrown at him this is pretty mild.