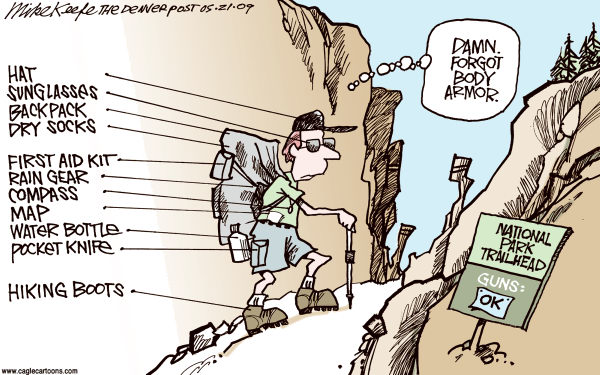 So… do you think the artist thinks that when they go for a walk in Seattle, Indianapolis, Las Vegas, Dallas, Tampa, Phoenix, or any of the state parks in (probably) 40 different states? Of course not.

Then why the big deal about National Parks? It’s those damn uppity gun owners–they let them go anywhere rather than staying in their place where they belong.

12 thoughts on “Gun cartoon of the day”