Say Uncle beat me with my own picture and what I planned to make QOTD tomorrow (I’ll have a different one from Paul from today to use tomorrow).  Countertop has a picture of us. Jeff has some more pictures.

Here is my take on the debate we just saw with a slightly edited version of the same picture Say Uncle used:

Proof I shared space with Alan Gura and Paul Helmke. 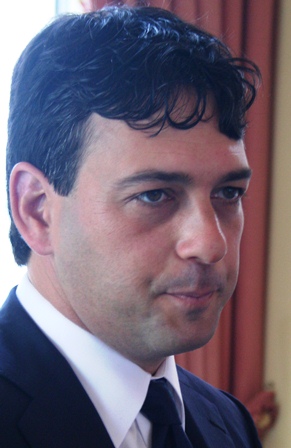 Alan Gura. Our point man in the war for our civil rights. 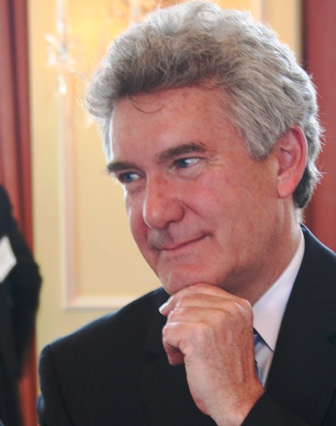 Paul Helmke. The point man in the war on our civil rights. 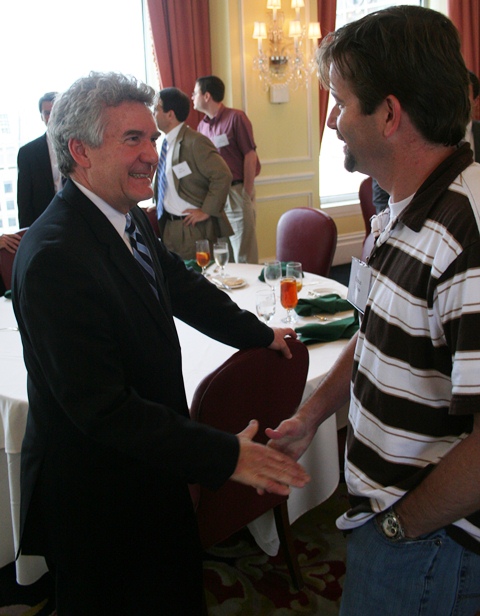 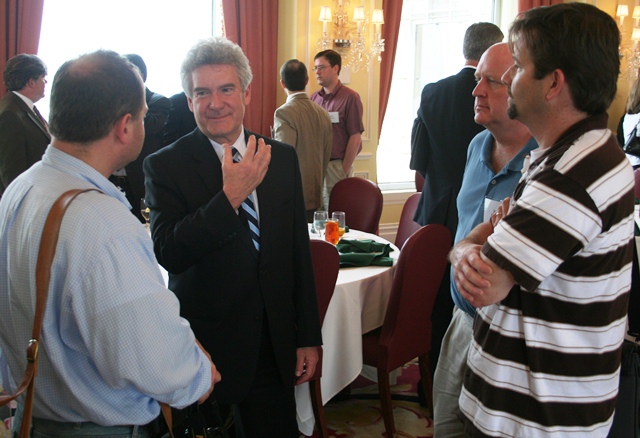 The debate was civil and interesting. The gun bloggers (yes, we have some biases) were of the opinion that Alan was holding back some and could have “mopped the floor” with Helmke.

Paul did make a point that surprised us. He pointed out that the First Amendment has been ruled to protect the right to view pornography and other potentially harmful material in private but allows “reasonable regulation” of those same activities in public. “The Second Amendment should allow similar restrictions.”, he said. We would disagree with this point in that the Second Amendment specifically enumerates the right to bear arms and the purpose of defending innocent life. But it was a surprise and an interesting take on things.

I asked the first question when it was opened up to the floor. I pointed out that Paul had specifically called out gun violence when comparing U.S. v. U.K. when Alan had pointed out that the U.K. is one of the most violent countries in the world. Paul had sidestepped Alan’s point by ignoring the total violence rate. Paul responded by saying his organization focuses on the one component of violence. Alan followed up better that I could have. He said the violent crime rate in the U.S. is lower than in the U.K. even though the rate of violent crimes committed with guns in the U.S. is higher. For example the burglaries in the U.S. are done when the occupants are away because they are afraid of being shot (prison interview confirm this). In the U.K. criminals frequently invade homes when people are home because people have money and person items of value. This causes more confrontation between criminals and their unarmed victims. He also pointed out that regardless of the utility (or lack thereof) of some social policy we are talking about a protected constitutional right that does not depend on the crime rate for it to be protected. Constitutional law does not look to the social sciences for validation.