As I have previously reported Ian is an intern at Microsoft from Canada. I took him shooting once and he enjoyed it a great deal.

Last Friday after work he and I left Redmond and headed east to Idaho where we could have some real fun. Idaho is less repressive in a number of ways than Washington. In particular the explosives law are a pain in Washington.

Saturday morning daughter Kim, Ian and I loaded up the van and went to the Boomershoot site. Barron, Janelle, and Ryan were already there when we arrived. We were going to put on a private party for Ian and do a few experiments to test out some ideas for a new target deployment method.

Some of the pictures are below see also the fireball demo pictures here. 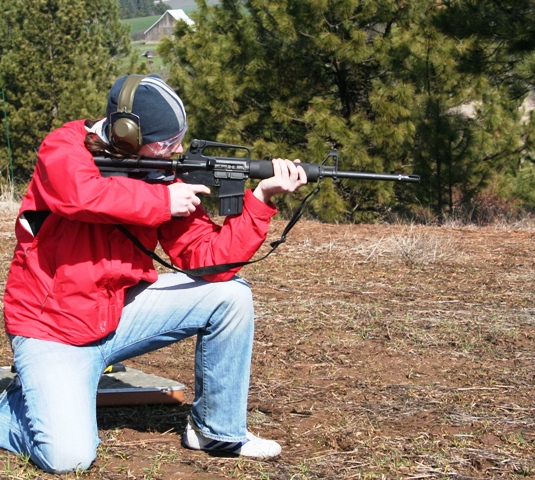 Ian about to shoot his first boomer. 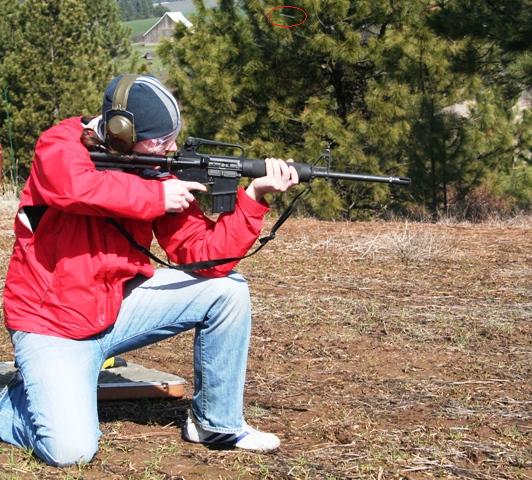 This was just after detonation. Notice the streak of something headed to the left in the tree.

Ian preparing for the blast of debris. 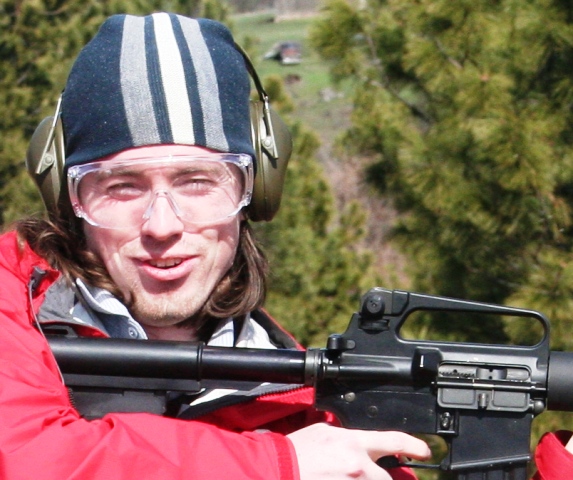 Ian realizing he is going to live. 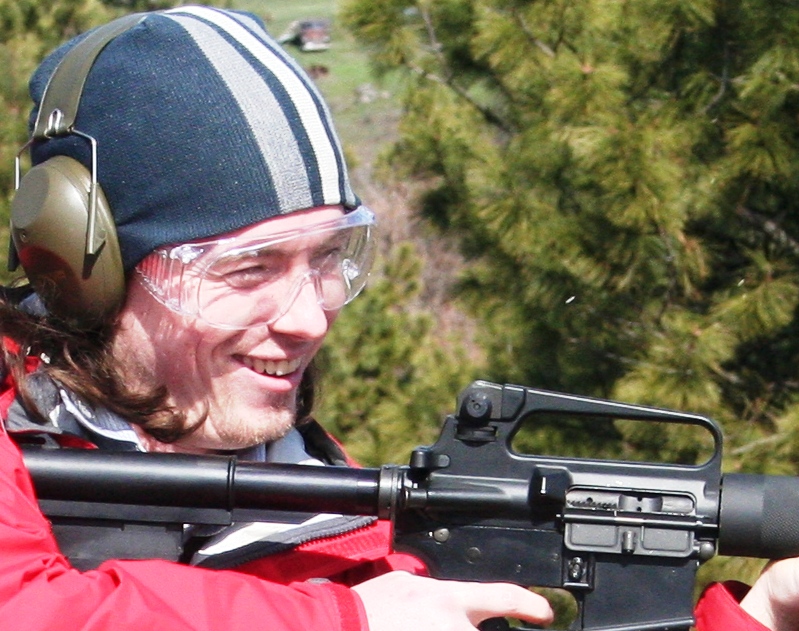 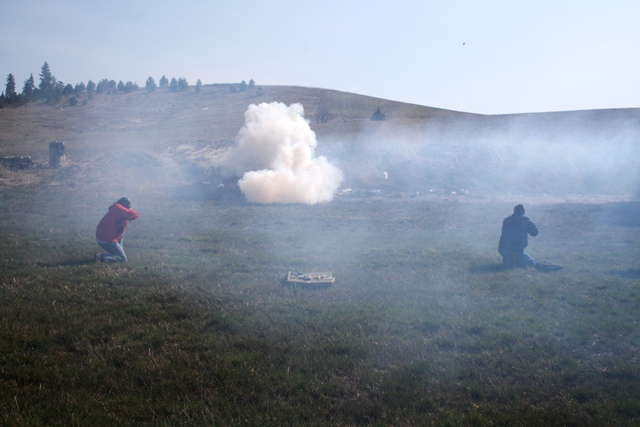 Ian, Ryan, and Janelle (only her shadow is visible on the far right) do a miniature High Intensity Event. 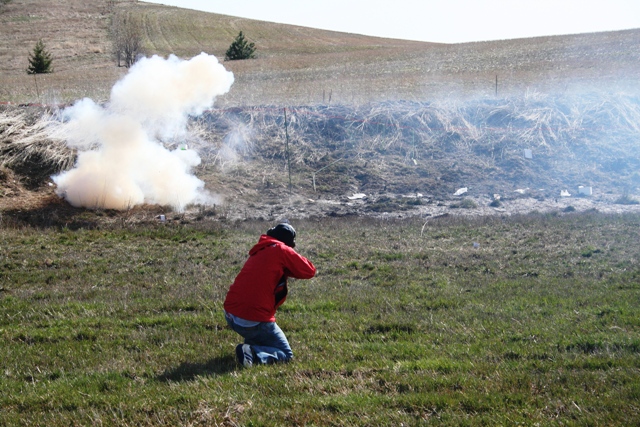 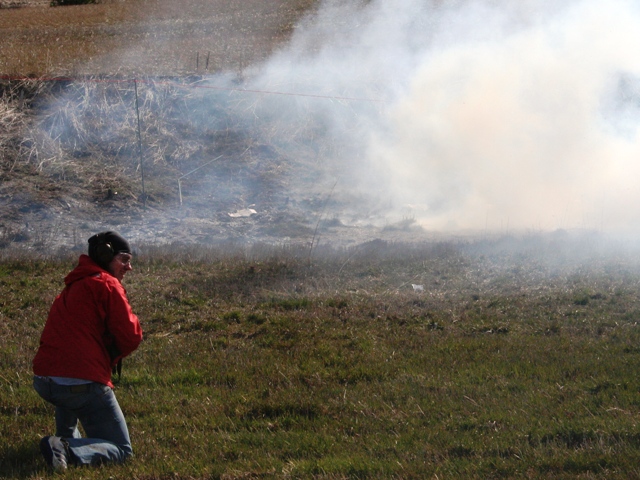 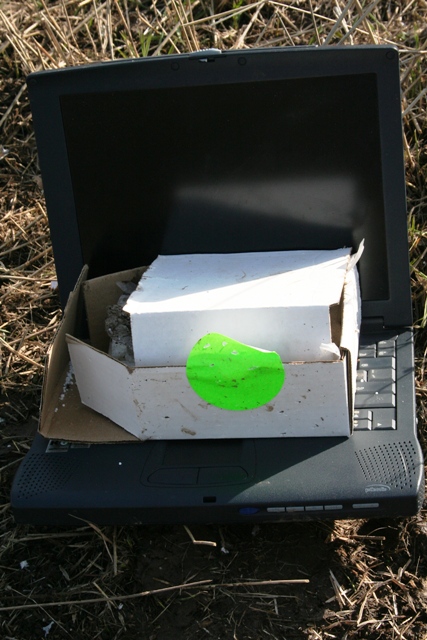 Ryan brought an old laptop in need of an Idaho Stress Test. 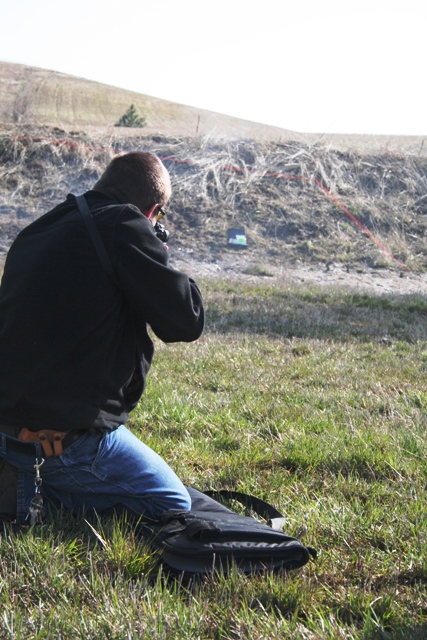 The test is complete in a few microseconds. 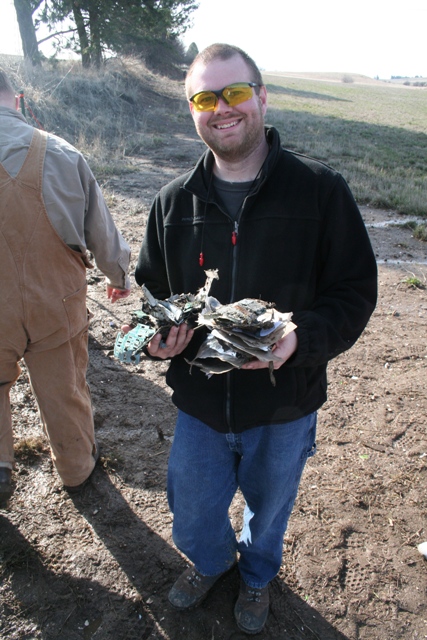 Ryan was very happy with the test results even if he did have to pick up all the pieces.

Ian, Kim, and I took the scenic route back to Moscow, picked up Barb just as she got off from work and went to VJs BBQ (there was a reason for chosing this particular place) for dinner. They have a Gadsden flag and the Declaration of Independence on the wall if that gives you a hint.

What I wonder is what the anti-freedom people in this country have to offer interns who visit. It’s not like they have anti-gun ranges to go have fun at.

Update: Linoge linked to this post and claimed one of the pictures of Ian above is “Photo of the year“. In the interests of completeness I have uploaded the original, untouched, photo here.

5 thoughts on “Private party for Ian”