Barb, Kim, son-in-law Caleb, and I went boat camping over the weekend. We left Friday morning and got back yesterday.

After setting up camp on Friday we noticed some rocks up on the opposite side of the lake that we thought would be a nice place to hike and take some pictures. Here is an aerial view. In the picture below, on the upper right, you can see the rocks: 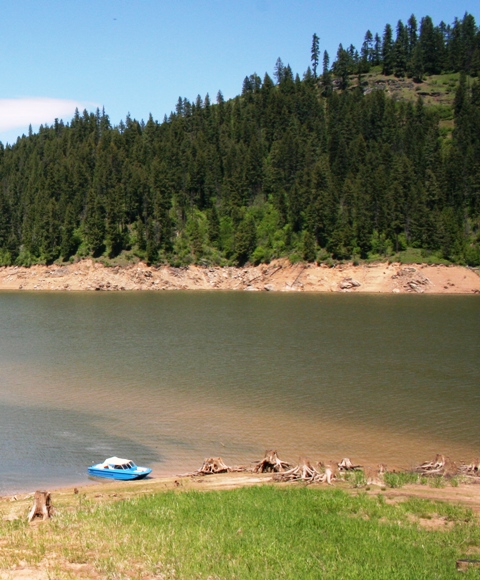 View from our campsite.

On Saturday morning we packed up our cameras, some water, and walkie-talkies. Barb said it looked like too tough of a climb and stayed with our old dogs who would have to been carried (little lap sitters, they are more like cats than dogs anyway). We took the boat across the lake and found a sandy beach to tie the boat up to: 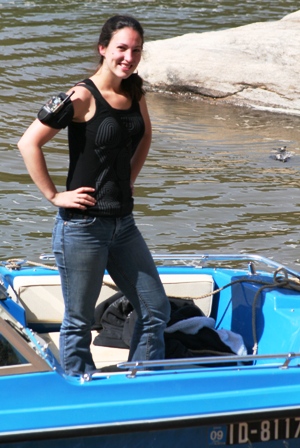 Kim ready to hop off the boat for our hike up the hill.

On the way up the hill we found at least two sets of bones from deer that had been considered food by some other animals (photos by Kim): 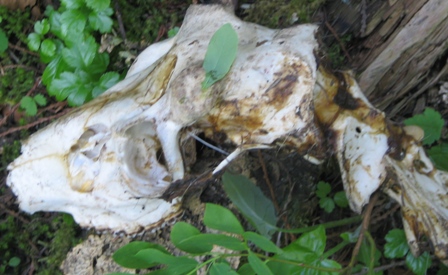 It was steep, there was no trail except for occasional game trails, and I had to stop, rest, and drink some water a few times. But it was a nice view when we got to the top (photo by Kim): 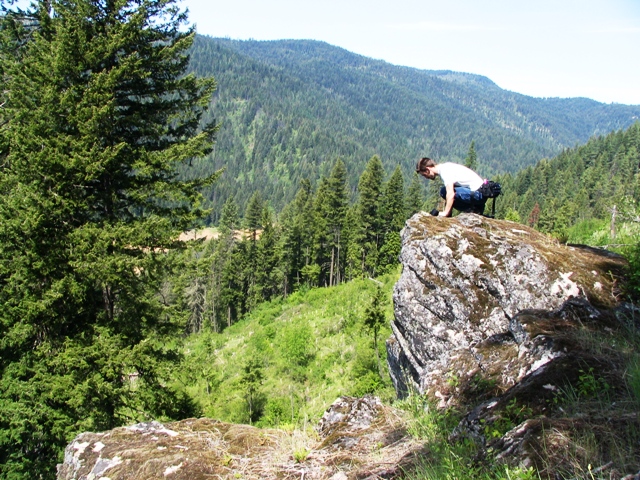 View from the top.

We called back to camp and told Barb we had made it and asked that she come out of the trees near the tents to where we could see her. It was about a half mile away but I used a telephoto lens (300 mm) and took her picture: 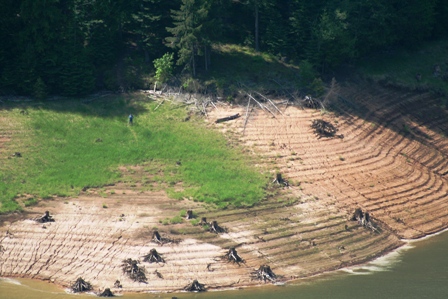 Barb (upper left quadrant in blue) near our campsite from 1/2 mile away.

That was all nice and good, but then there was this bird that started circling us: 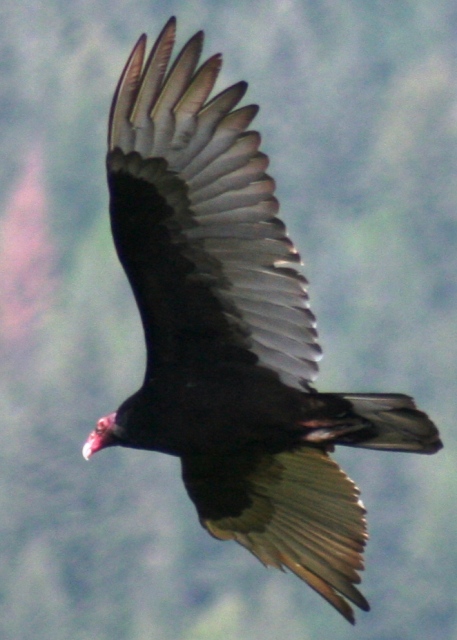 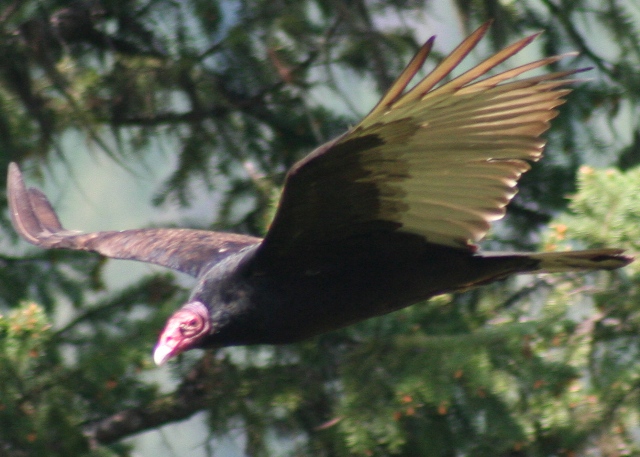 It was a Turkey Vulture. None of us had ever heard of vultures in Idaho and certainly not this far north in Idaho. But there it was. Circling and getting pretty darned close.

We took some more pictures of the view: 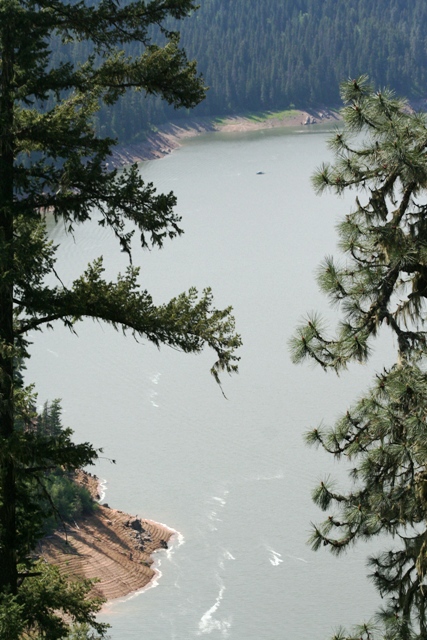 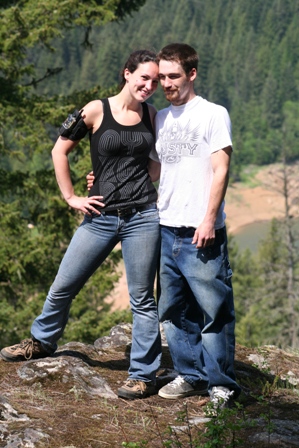 Kim and Caleb from the top of the Rocky Cliff.

We then noticed there were five vultures circling us. I could only get four in the frame at once. It was all a bit surreal–almost like in the cartoons except we weren’t in the desert and we didn’t feel like we were near death: 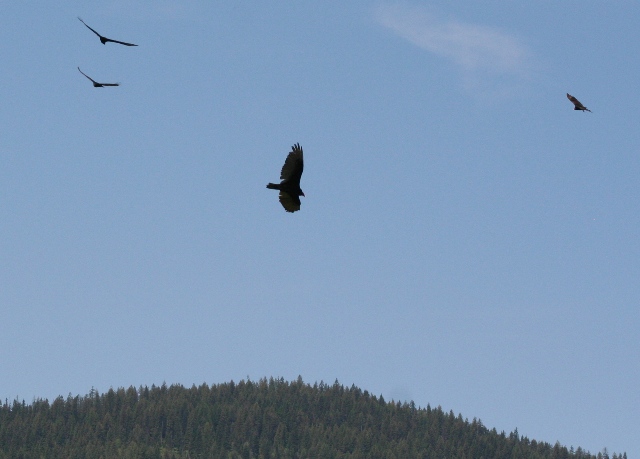 Reading about them on Wikipedia, I discovered they are one of the few birds that forage for food by smell. We were probably more than a little smelly from the climb up the hill but I don’t think we smelled dead so I have to conclude Xenia has the better hypothesis. I must be getting old.

12 thoughts on “I must be getting old”