While at the NRA Convention there were numerous times when someone say, “I once made about post about that.” Most of the time others would say, “Yeah! I remember that.” Occasionally someone would say, “I must have missed that. Could you bring me up to speed?”

This is for those times when people missed one of my posts.

For Kevin, Sebastian, and Bitter on Sunday night when we were talking about powdered sugar and coffee creamer in regards to A Security Theater. Check out the video link.

Photo below by Rob Allen (see this post of his for more pictures from Friday evening) which was taken within a few minutes of the discussion: 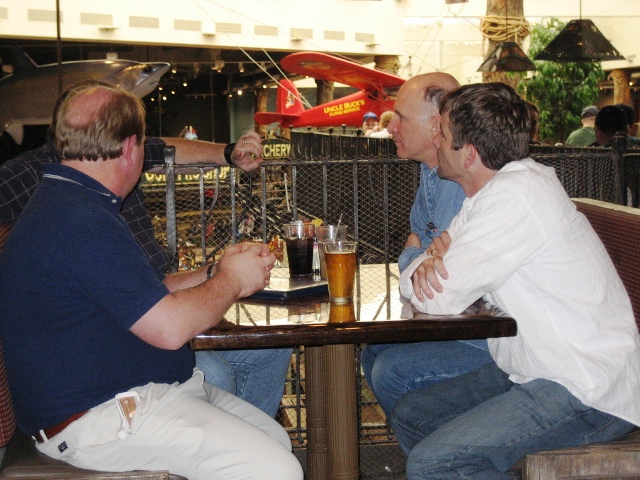 We were talking about endangered species and I mentioned the post I made about Habitat destruction leads to extinction. That got a laugh. But then we nearly fell out of our booth laughing as Kevin described it as deforestation.

Update: Late last Friday, the night we are not to blog about, someone who shall remain nameless mentioned a problem with insomnia. This same someone at a different time acknowledged reading about Dr. Joe’s cure for everything. But they apparently didn’t make the connection that their insomnia was a prime candidate for a treatment with Dr. Joe’s cure. I was tempted to make the connection for them but thought it would be inappropriate “to go there” in the given circumstances.