I already posted the pictures from yesterday morning at the Boomershoot site. In the afternoon things were a little better. And if you compare to what things looked like two weeks ago they are significantly better: 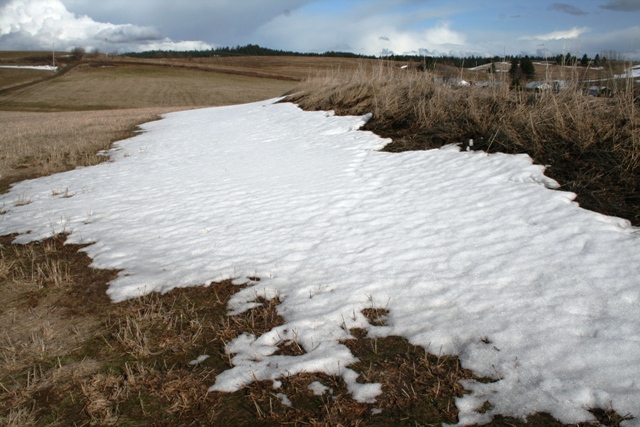 The shooters berm. The deepest snow I could find was only ten inches deep. 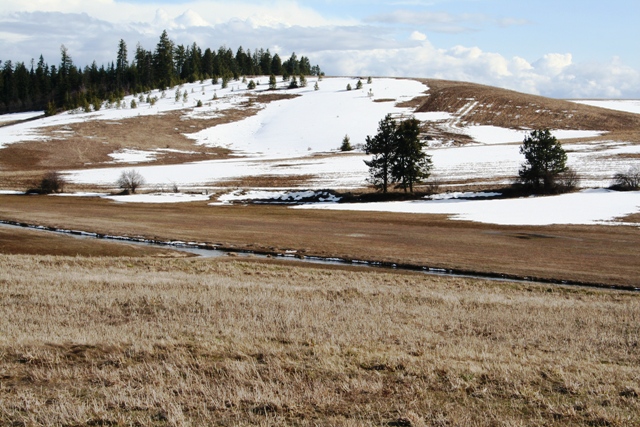 The target area from the shooters berm. 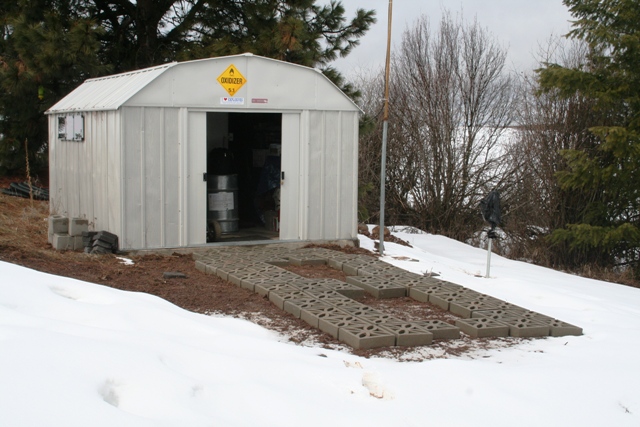 The target construction area has significantly less snow than before.

This is the “Tree-Line” target area and where I get worried.

But don’t count on it.

In other news I completed what little bit had to be done on the water supply. As if we needed that this year! We might be able to wash our equipment in the nearest snow drift.

I brought a new inverter but the old one was behaving this time so I just left the new one wrapped up and left it there as a spare. We could swap it out in less than a minute so it’s not a big deal if it dies while we are in the middle of building targets.

I spent most of my time trying to get the WiFi working. There were numerous things wrong with the access point at the shed and once I got all those fixed everything started working just fine. I made one final tweak, changing the router configuration to follow Daylight Savings Time and when the router rebooted there was no wireless signal. I walked back to the neighbors to get physical access to the router and the hardwired connection was just fine. It was just the wireless that was dead. I poked around in the configuration a little bit, and without ever changing anything the wireless started working again. I rebooted the router again and the wireless went away and I was unable to get to come back up again.

I was out of time and I concluded that it must be the external power amplifier being flaky. I would suspect the router but that is the third router I have put there with similar symptoms from all three. The power amp is the only thing left that can be causing the problem.

In other news I was surprised with a dog came into the shed while I was working on the WiFi. I poked my head out the door and found I had company: 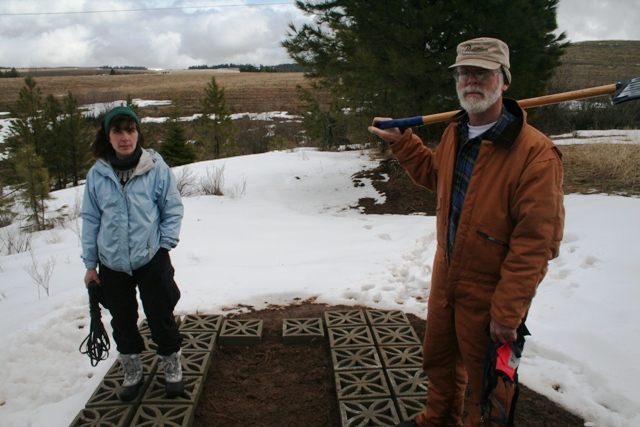 Rhonda and my brother Doug came out while training their search dogs.
They were looking for a dead body (actually a training aid) Doug had buried last November. 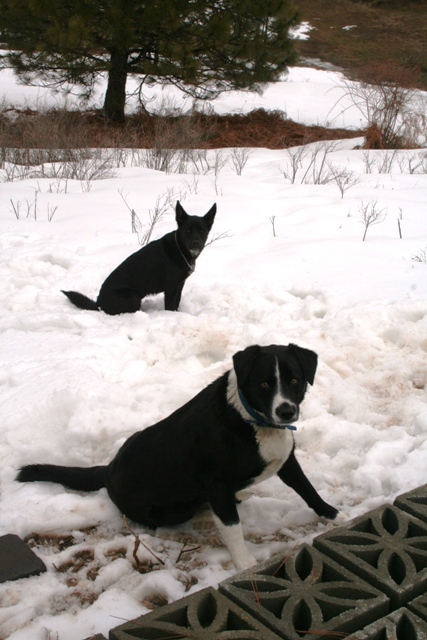 These are their dogs.

We talked for 15 or 20 minutes and then we all went back to work.

Oh, one last thing. When I came home Friday night I found Caleb had left this Boomershoot 2008 accessory in the driveway: 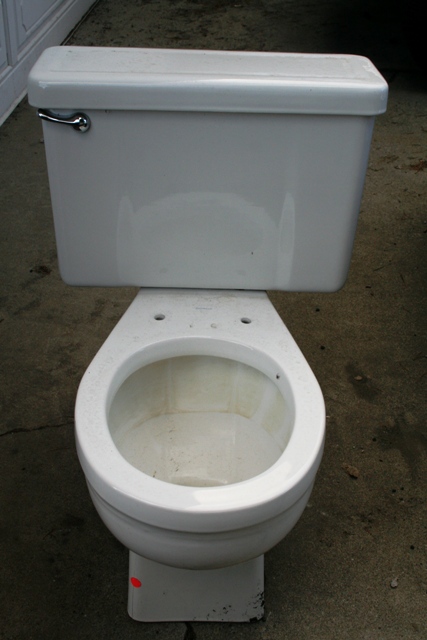 Guess what (and who) this is for.