On Saturday Caleb and I visited the Boomershoot site to do some maintenance, explosive experiments, and to inspect the site.

The maintenance went fairly well. I discovered why one of the WiFi access points wasn’t working. It will take another trip out there to verify my fix but I’m pretty confident it will work. The new inverter I had installed last fall didn’t want to start up until after we fiddled with it for quite a while and I don’t trust it. I’m going to get another one. And finally we installed a petcock on the pipe for our “well” so we could easily drain the water out of it.

The explosive experiments went well enough. We mixed up two batches of Boomerite. One was made with the old fertilizer grade ammonium nitrate. The other batch used the new explosive grade ammonium nitrate I purchased last June. We did a quick test with the new stuff last September and suspected it was not as sensitive as the older material. Our tests on Saturday confirmed those suspicions.

Using CCI Stinger .22LR ammo from about 65 yards the old would detonate reliable but the new would only detonate about one out of three hits.

Our conclusion is to get the same probability of detonation the new material requires about another 10 fps of velocity. This is measurable but not a big enough deal to spend the effort to try and improve the mix.

The biggest issue I have concerns about is the condition of the site. It was five weeks from the big day (April 27th) and there are still drifts well over knee deep in places. 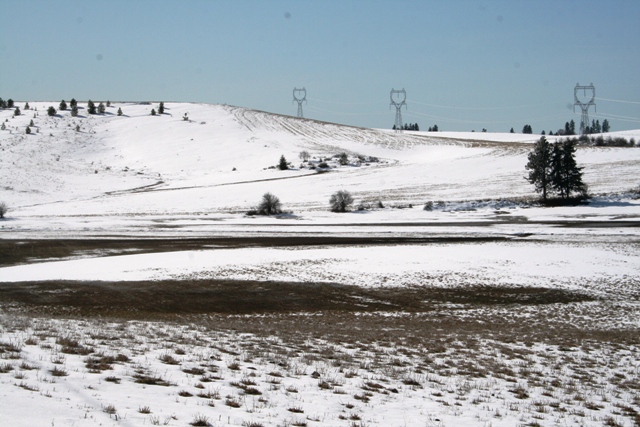 View of most of the target area and part of the .50 Caliber Ghetto. 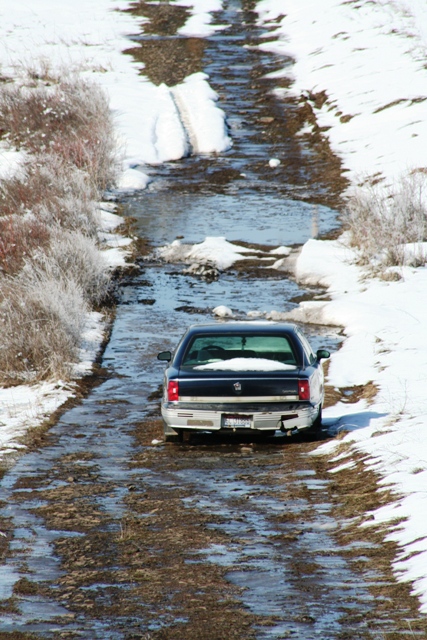 This is the road leading into the parking area and a neighbor’s car. 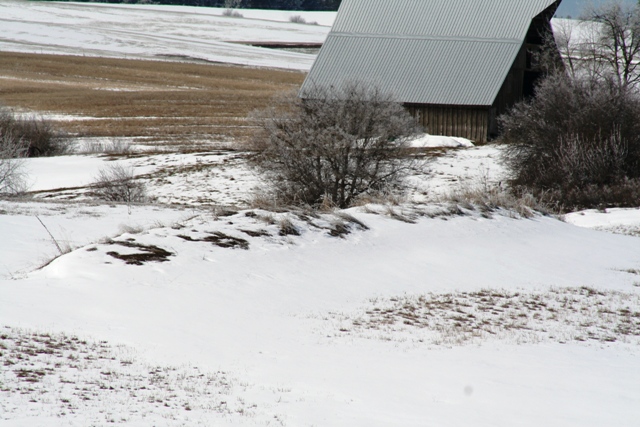 This is The Berm shooters use for prone shooting. That snow drift is probably two to three feet deep. 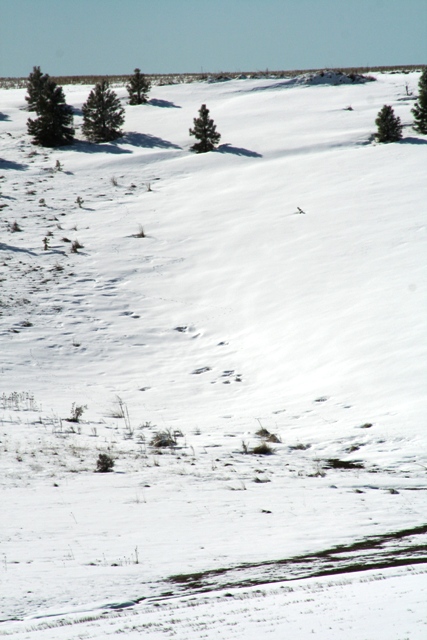 This is the hillside shooting area where targets in the 500 to 700 range are placed. There are some big drifts out there. 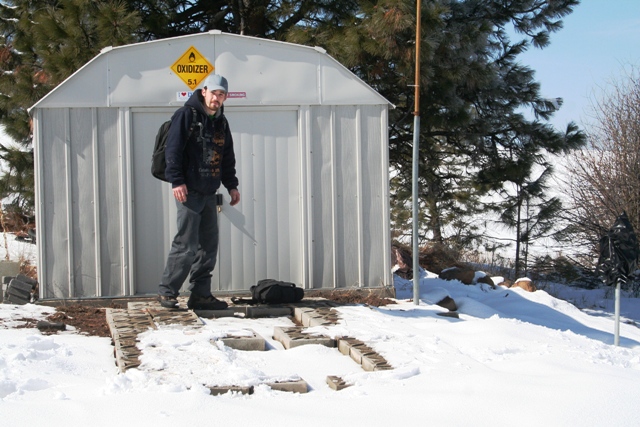 I’m really glad we paved the target construction area with concrete blocks last fall. This will keep us out of the mud. 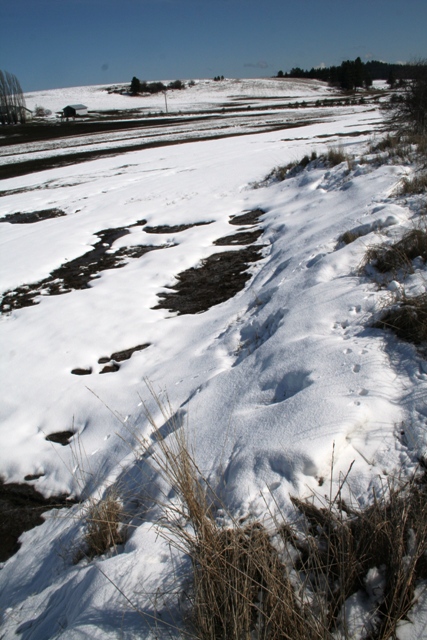 This is the 375 yard target area. It is very, very wet and muddy. 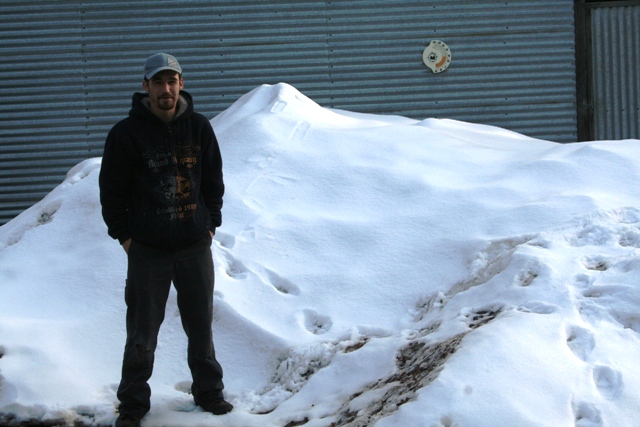 Caleb next to one of the snow piles at my parents and brothers farm. 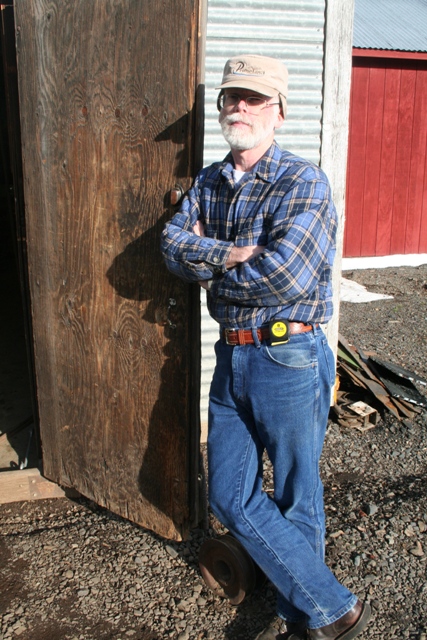 I spent some time talking to my brother about the ground conditions.

My brother Doug and I talked for a while about the weather. He is of the opinion it would take about three weeks of good weather to dry up to the point where they could start farming. If they can be in the fields we would have excellent conditions for Boomershoot. However, the weather forecast for the next ten days is for rain and cloudy weather. Therefore my best guess is that Boomershoot 2008 will be on the damp side. I’ll visit the site again at two weeks and one week prior to the event and have better information. Attendees should have contingency plans for muddy ground unless I give a better report just before the event.

Caleb spotted ten wild turkeys as we were headed home.