Both in January of 2007 and 2008 our group at work took the day off (with pay) to go to Stevens Pass to ski (all expenses paid–including transportation and two meals). Those not interested in downhill skiing could snowshoe or cross country ski. Both times I took my own snowshoes (rentals would have been covered but I would rather take my own) and opted for the hike through the trees instead of the downhill adventure my knee surgeon (after the second surgery) advised me to never take up. Even though snowshoes were recommended I found my size 14 boots were more than adequate for the packed trails. It was a very nice hike and I kept wanting to take Barb up there. Yesterday I finally got around to it. She agreed, it was a very nice place to go hiking. Below are some pictures: 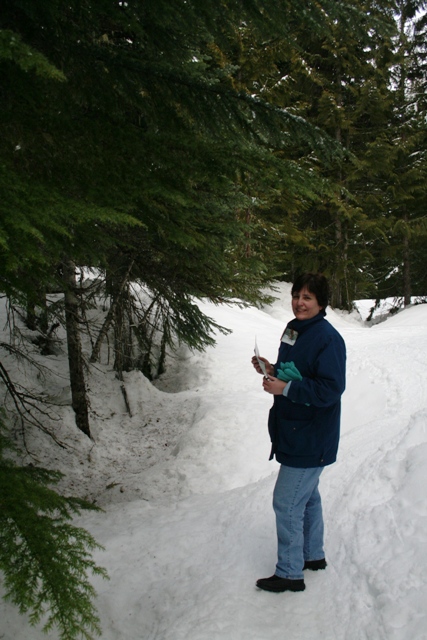 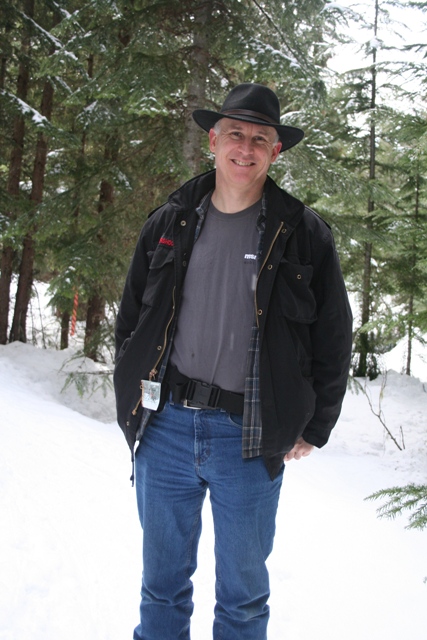 Here is what it looked like in January when I went with the people from work: 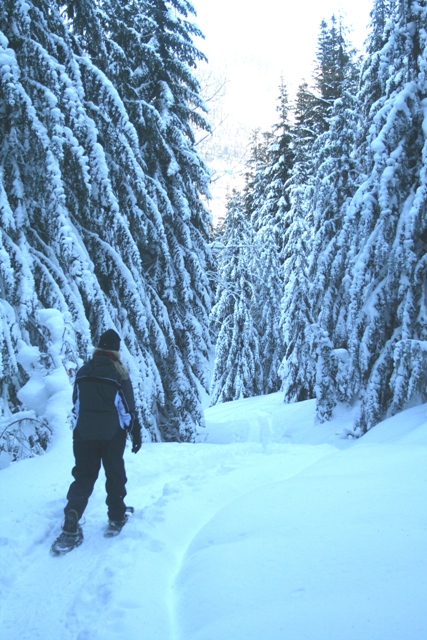 Although there was less snow on the trees it was sunny and nicer weather when Barb and I went.