Christmas Eve Barb told me the toilet needed to be fixed. I told her the part she thought was broken still had some life in it: 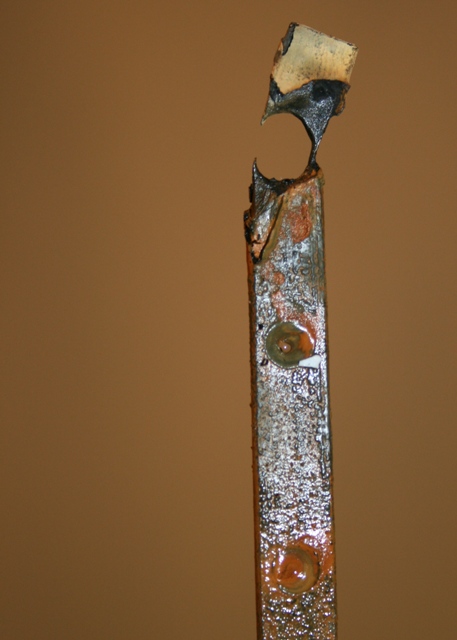 But men who wish to remain married know better than to argue so I replaced it anyway.

We first went to my parents place to have dinner with them and my brothers. We then opened presents with them. Here is a picture of our gathering: 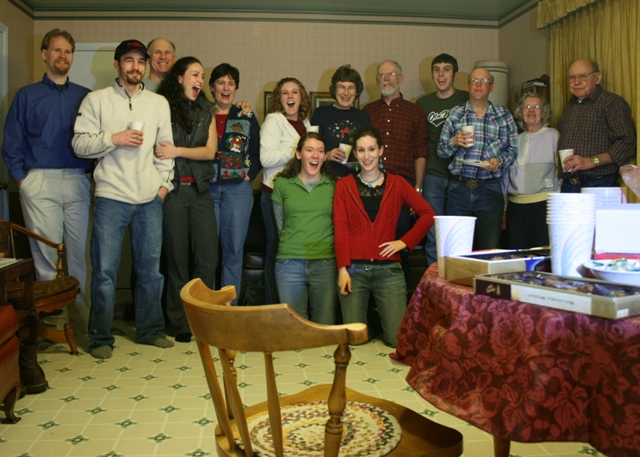 We then returned to our place and opened more presents. Among other things I received three great t-shirts and a high quality pistol case. 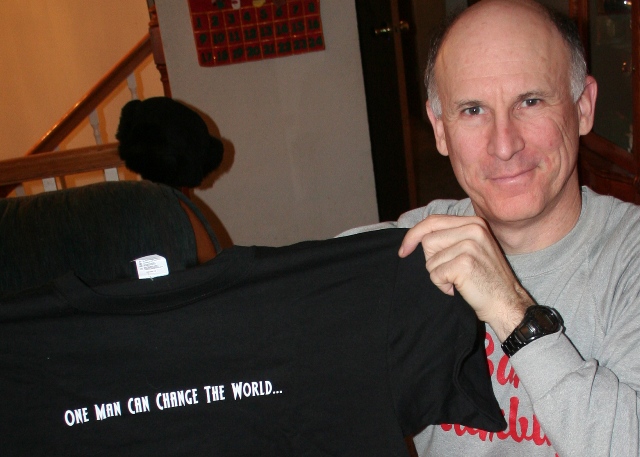 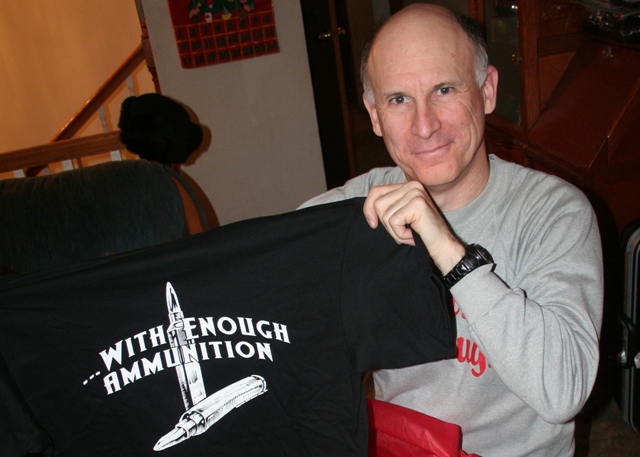 The third t-shirt I received says, “There are very few personal problems that can’t be solved with a suitable application of high explosives.”

Another awesome item was the scrapbook of Boomershoot (and other things) that Barb and Xenia made for me.

I got Barb an iPod Nano, a Bluetooth headset for her cell phone, and the items in this package which she refused to show to anyone else: 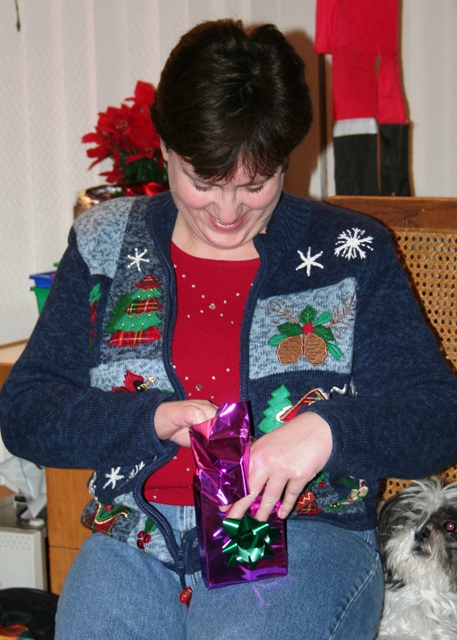 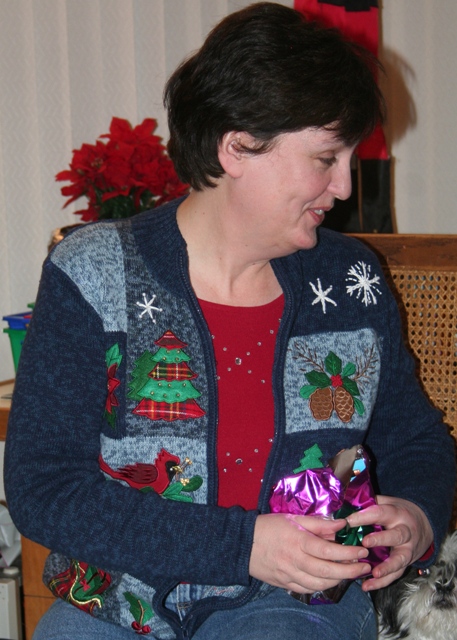 James and Xenia got some shirts too: 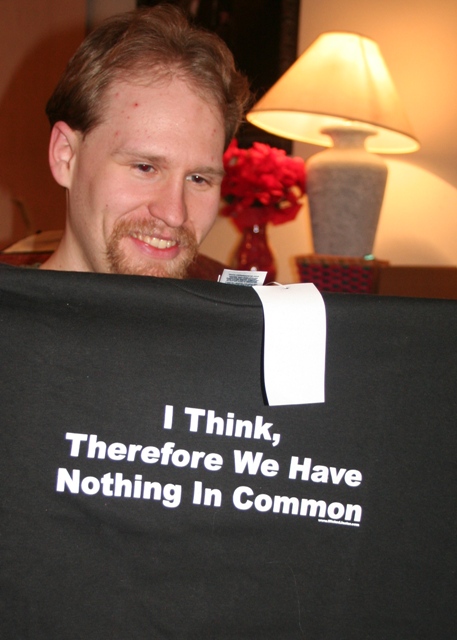 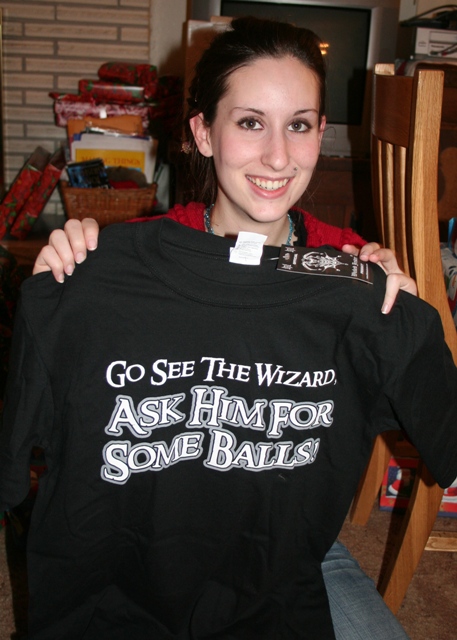 (I have no idea what this means.)

Xenia also learned a lesson in rattling the cage of wild animals: 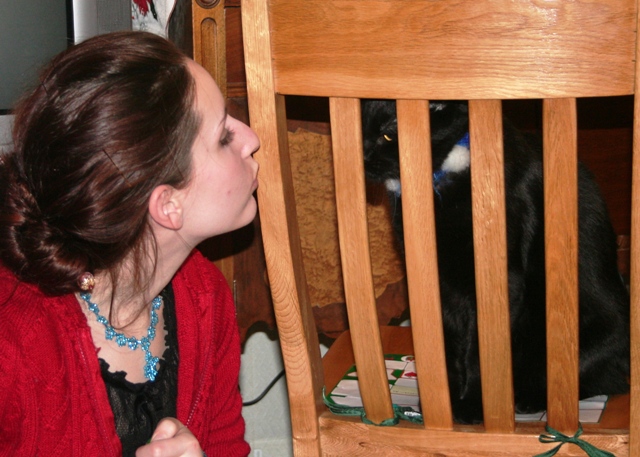 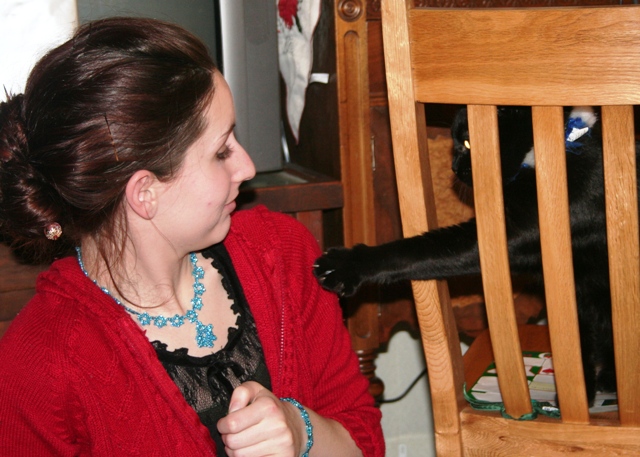 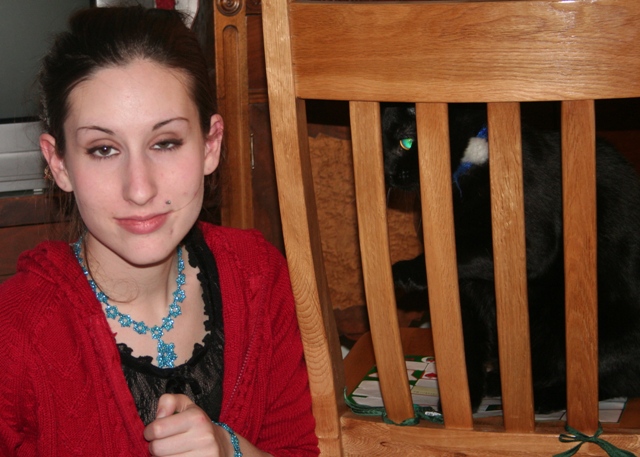 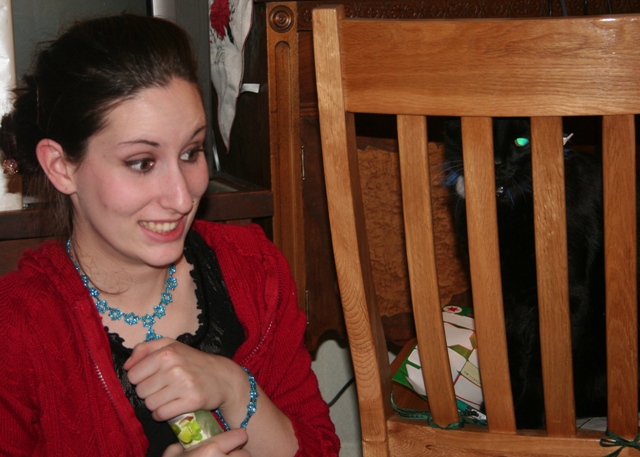 Our princess Kimberly got a load of stuff but seemed to like the tools for the kitchen the best. The Christmas decoration below will come in handy next year. 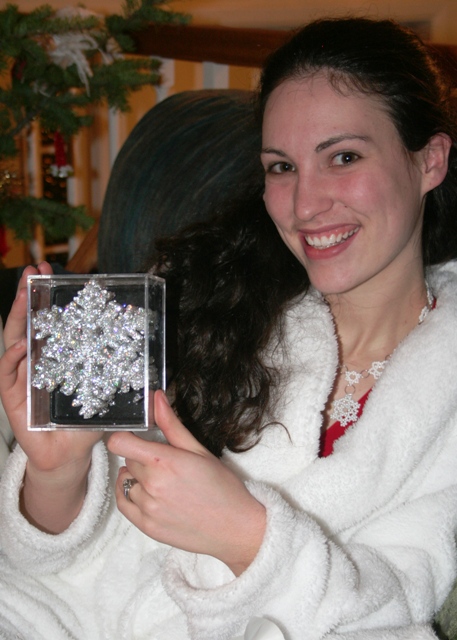 Caleb got a black Boomershoot M-65 field jacket like mine but also seemed to like the Hickory Farms smoked cheese that he ate like it was a sandwich: 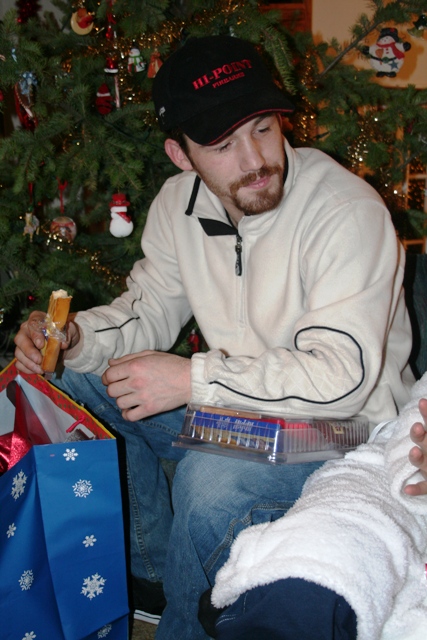 2 thoughts on “Christmas at the Huffman-Scott compound”