This last weekend Caleb and I went out to the Boomershoot site again. I needed to move some dirt and the bulldozer was going to be less than a quarter of a mile away so I borrowed it for a couple hours.

The photos with me in them are by Caleb. The others were taken by me.

The prime objective was to smooth some dirt we had roughed up putting in the “well”: 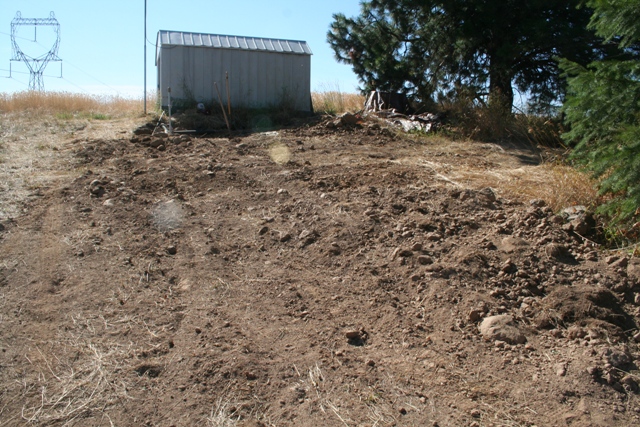 This is where we frequently park when working at the Taj. 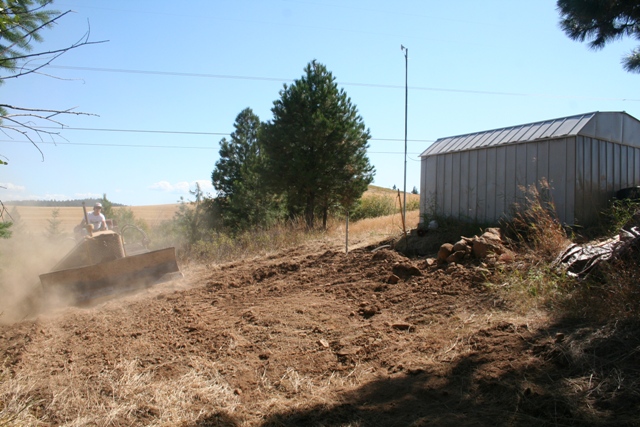 It’s now much smoother. We also planted grass and raked the seeds into the dust to wait for the fall rains.

The secondary objective was to make the outdoor assembly line area more hospitable. The ground is uneven and if it has rained recently it can be muddy. 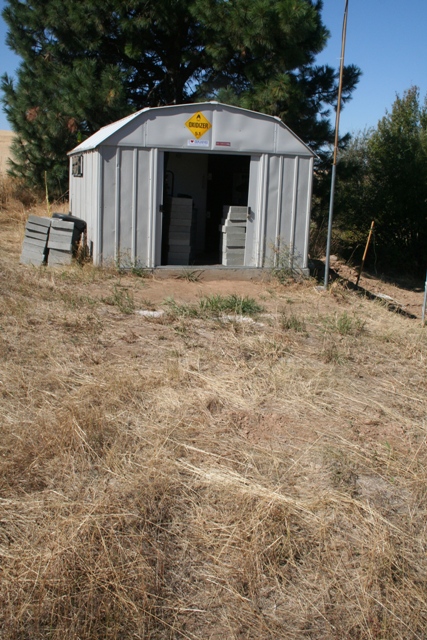 We put up a table in the foreground area and assemble targets here. 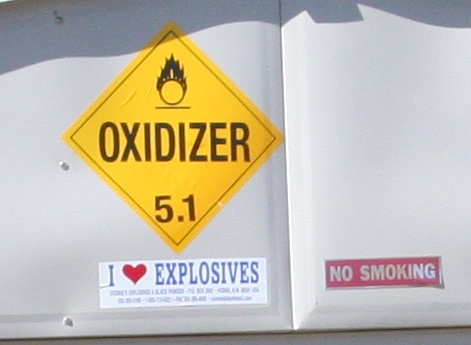 A close up of the signs above the door.

I moved more dirt in so there would be less of a step between outside and inside: 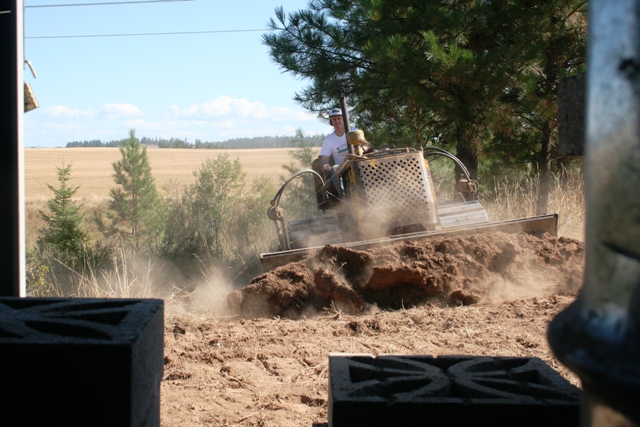 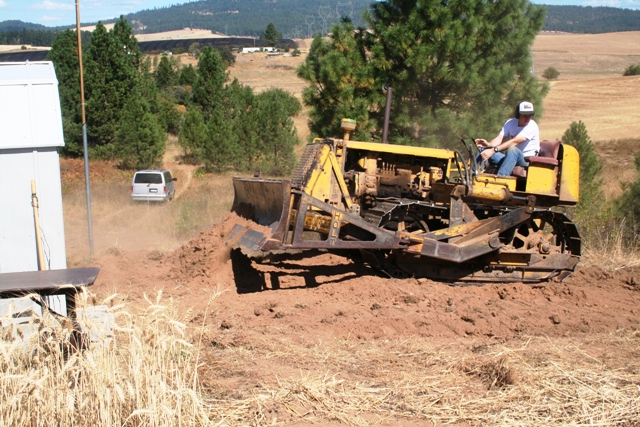 That old bulldozer is old enough it could retire. I think it is 63 years old now. I wonder if we could sign it up for Social Security benefits or something.

Here Caleb is putting the “decorative stones” in place where we walk and stand while assembling the reactive targets. 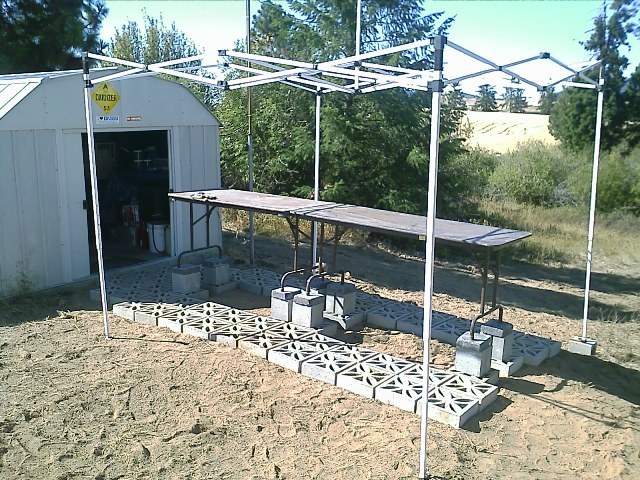 This is, essentially, the final result of our work.

After taking the last picture above we put in three more “Roman Cobblestones” for the legs of the canopy, spread grass seed around and raked the seeds into the dust.

I thought of one more thing that needs to be done before next spring. There needs to be some steps made to get from this top area down to the “well” pump. It’s a steep area that will be slick when it’s wet.

After playing in the dirt we tested out the new explosive grade ammonium nitrate.

All previous Boomerite was made with AN from a farm supply dealer. The explosive grade material has much smaller prills than the older stuff and the one batch we mixed up was not as sensitive as previous tests indicated with the old material. We’ll have to do some more tests sometime. It is probably good enough however.

3 thoughts on “Playing in the dirt”