Who would have thought? British targets.

Rolf Nelson
April 27, 2007
[At the time Rolf and Sean were putting lime in the targets to be used at Boomershoot on Sunday. With Rolf the puns materialize at about the rate of one a minute for every waking minute you are around him. At least he shares that many. It could be he only shares a fraction of the ones he comes up with. Whatever the case, Rolf comes up with more puns per unit time than anyone else I know by at least a couple orders of magnitude. The lime is to reduce the acidity of the soil to help control the lead from the bullets. It also make a more visual display as it is scattered by the explosion.–Joe] 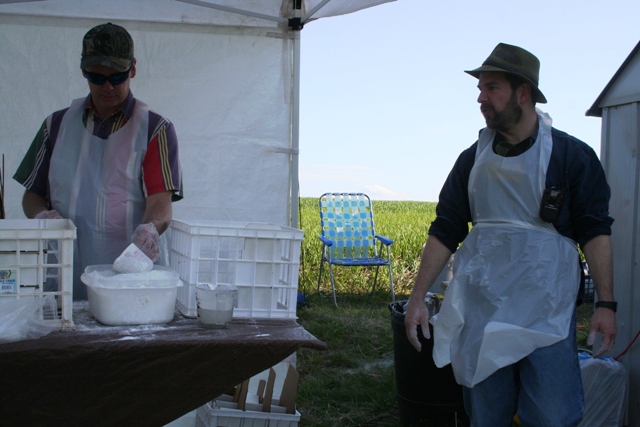