Gun positive coverage in the Washington Post. It must be April Fools Day.  Nope, but it is a gun positive story. Getting women and children involved in the positive use of guns makes a difference in the media perception of firearms.  Getting a third grade girl involved makes a big difference:

2 Rounds Did In the 211-Pound Animal, Third-Grader From Western Md. Says

Born to the woods, she’s 4 1/2 feet tall and 8 years old, with a shock of light brown hair and a steady trigger finger that put two bullets into a black bear’s chest cavity Monday, according to her and her father and granduncle, who were hunting with her. State officials backed the claim by Sierra Stiles and credited her with the first kill of Maryland’s second bear season since hunting the animals resumed after a half-century ban. 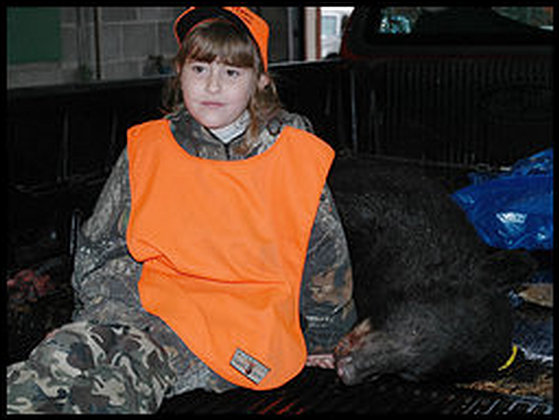 Sierra Stiles,8, put two bullets into a black bear’s chest cavity Monday in Western Maryland, according to her and her father and granduncle, who were hunting with her.

Of course there were people complaining about it:

But even that is a good thing.  It exposes them to even more ridicule.