Brother Doug has been doing some digging into our family history. This is a tidbit of interest he sent me.
In the battle of the Morrisites, north of Salt Lake City, on June 15, 1862, the sheriff shot Joseph Morris in cold blood AFTER he had surrendered. Mrs. Isabella Bowman rushed forward and said, “Oh, you horrible, blood-thristy murderer, what do you want to kill him for?” The sheriff said, “no one shall call me that and live”, then he shot Mrs. Bowman and killed her. The sheriff later stood trial and was acquitted, probably with an all Mormon jury. When W.W. Davies and his wife moved to Deer Lodge, Montana and had a child on June 17, 1866, they named him Joseph Bowman Davies. I believe he was named after Joseph Morris and Mrs. Bowman, who were murdered seconds apart almost exactly four years earlier.
As you know, you were named after your two great-grandparents. Thus I believe you were in part named after Joseph Morris.

More context:
The Morrisite War. Our family history of this is different than the official history. The family history is based on interviews of our great grandfather Joseph Davies, son of W.W. Davies. W.W. Davies was a witness to the shootings of Joseph Morris and Isabella Bowman.
W.W. Davies was the leader of a Latter Day Saint schismatic group called the Kingdom of Heaven, which was located near Walla Walla, Washington from 1867 to 1881.
W.W. Davies believed himself to be the reincarnated archangel Michael, and the biblical Adam, Abraham, and David. And after his sons, Arthur and David (reincarnated Jesus Christ and God the Father) were born, according to family lore, he declared himself to be the holy spirit* as well. Therefore, I am a direct descendent of God, the holy spirit. 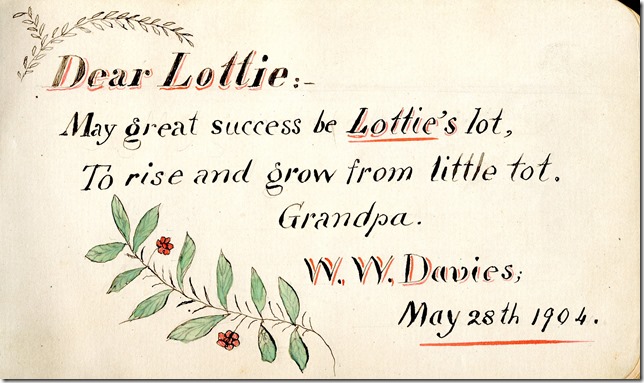 The book was given to her by her father, Joseph Bowman Davies.
Also this (the story about the kidnapping would be a complete blog post): 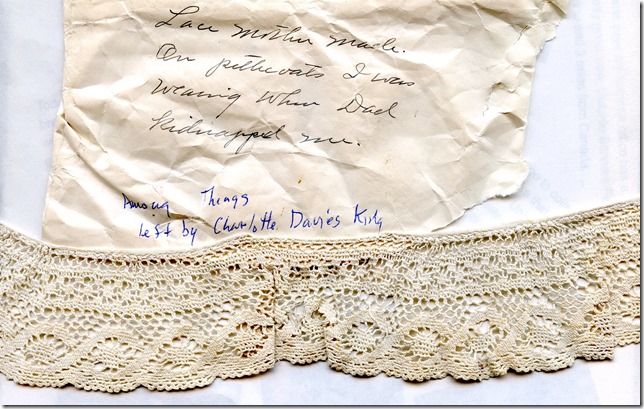 * The truth of this claim was disputed after both Arthur and David died of diphtheria and W.W. was unable to resurrect them.

8 thoughts on “Named, in part, after Joseph Morris”