Via a message from Anthony Pacheco.

Here is what is called “The Sequel” but is more of slightly different version of the first:

Also, via Rolf, is this serious report from just this year:

The USCRN has eliminated the need to rely on, and adjust the data from, outdated temperature stations. Strikingly, as shown in the graph below, USCRN temperature stations show no warming since 2005 when the network went online. If anything, U.S. temperatures are now slightly cooler than they were 14 years ago. 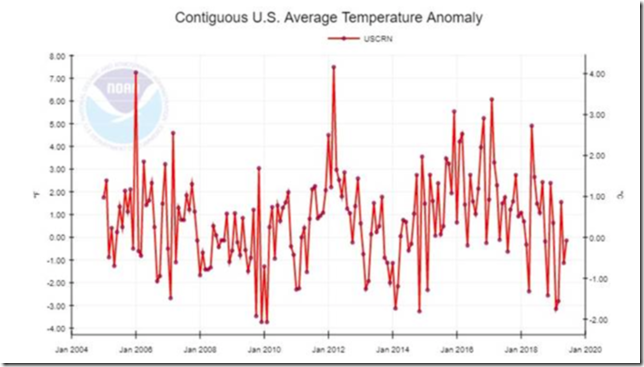 Since 2005 there have been several new weather stations added. There now exist stations in Alaska (22), Hawaii (2), and Canada (1).

And if you want to really mock those claiming global warming refer them to the signs saying the Glacier National Park will be glacier free by 2020. The signs have been removed in the last two or three years. See also this video:

13 thoughts on “Hide the Decline”