I kept forgetting to make a post about my reloading activities. Partially because there hasn’t been much. But it was greater than zero and I intended to make my usual posts. Oh well.

80 rounds of match grade .223. This was four sets of 20 using various weights of CFE 223 powder. Even the hottest loads, showing some minor high pressure signs, were almost 20 fps slower than previous loads with Varget which showed no pressure signs. Varget is one of Hodgdon’s Extreme Rifle Powders which is extremely consistent from lot to lot and extremely temperature stable (actual test with 308 Winchester): 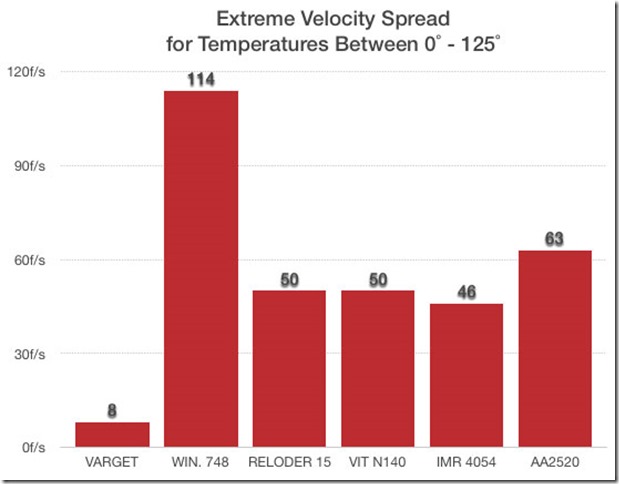 CFE 223 is not part of their Extreme product line.

175 rounds of these were a load which tested hotter than expected. They resulted in a Power Factor of 182.7. My previous tests indicated this load should result in about a 175 PF. I was quite perplexed at this until I looked at my data closely. This velocity measurement was done when the temperature was 80F. My previous velocity measurements had been at a lower temperature. I verified this by cooling some of the ammo to 35F. The velocity was over 25 fps slower which was equivalent to a powder charge of 0.1 grains less. I put these rounds aside for a match in Idaho on a cold day.

The remainder of the .40 S&W rounds were of the load I wanted to use for USPSA matches when the temperature is 60 F or warmer.

6 thoughts on “Rounds in the last four months”