Boomershoot 2018 was a big success!

There were a few minor glitches like the guy that got his trailer and pickup stuck and I had to get a tractor to pull him out. Somehow the number of stakes at the tree line was miscounted and we had a few too many stakes for the number of Sunday targets (879). I changed the way we put the explosives in the boxes which resulted in more explosives per box. No big deal but I forgot to update my spreadsheet with the new weight of the explosives per box. This meant we used up all of the secret ingredient and Barb had to run into town to buy some more. We used up all but about two pounds of the Potassium Chlorate and all but 150 pounds of the Ammonium Nitrate when I thought I would have enough left over for my summer recreational use. I expect there were a few sunburns. I got a small burn on my thumb from lighting a road flare with my lighter. The U-Haul trailer door broke on Saturday and we had to strap things in to make sure they didn’t slide out. The box of flares for the Sunday fireball was misplaced and we scrounged up flares from other other sources. The Wi-Fi was extremely flakey and essentially unusable.

All glitches cause some stress but we found workarounds for most things and there was no significant ill consequences.

But the targets had a very high detonation rate and several people told me they had more boom than normal. This wasn’t just because of the slight increase in the amount of explosives. I think it was the new chemical supplier and/or the new packing method. One longtime boomershooter told me, “Those were the best boomers I have ever shot.” That was my impression too. 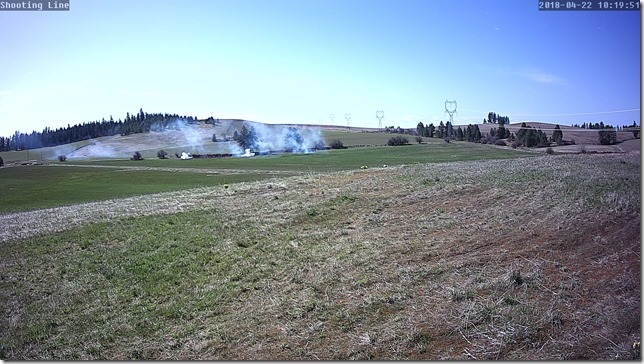