Grandson Bryce is four years old and today Jaime, Sherry, and I took him to a mini-golf course. 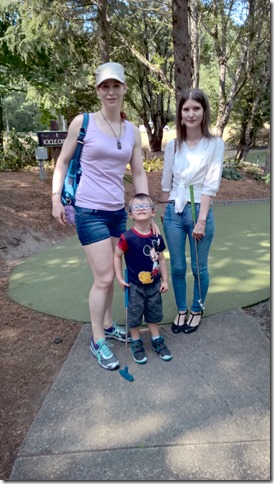 Bryce seemed to think it was great fun. Despite numerous attempts at improving his technique he had his own way of doing things which resulted in a large number of misses and countless strokes. He also had some serious modifications to the rules. But we figured as long as he was having a good time that was all that mattered. 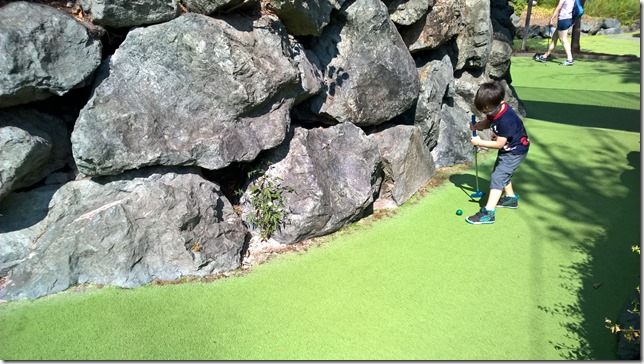 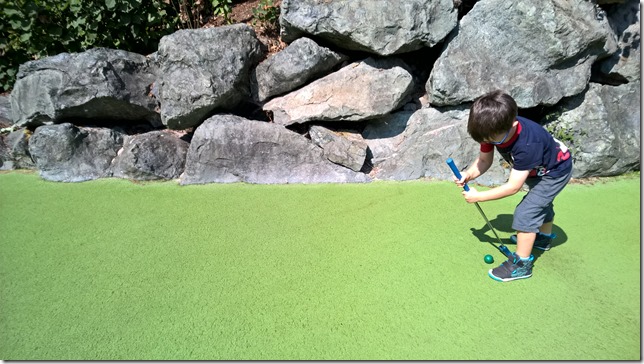 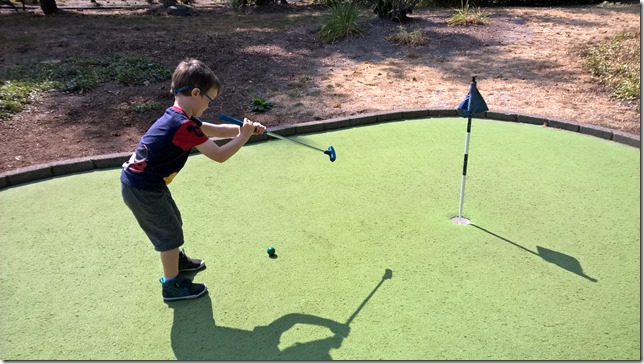 Jaime skunked all of us with a four under par score. 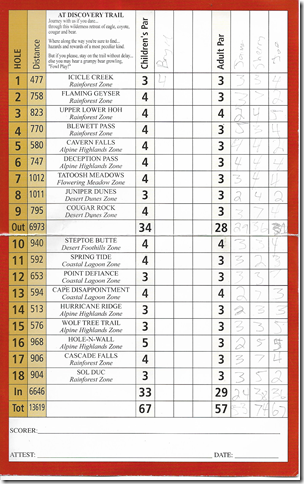 She told us the secret as we got near the end and everyone knew we had no hope of catching up to her. The purse accessory, the ball, and the shirt and shoes all have to color matched. You think that as simple as that is someone would have told me long before this.