As I posted earlier, on Saturday Kim and I installed most of the hardware for a permanent Internet access point and weather station at the Boomershoot shooting line. I went back on Sunday to fix the wiring that jostled loose and verify the solar panel was charging the battery.

The path we had made was compact enough that I didn’t have to use snowshoes. I broke through maybe a half dozen times, but it was pretty easy walking considering the conditions. I have some more pictures which give some clues as to above average snow accumulation we have this year: 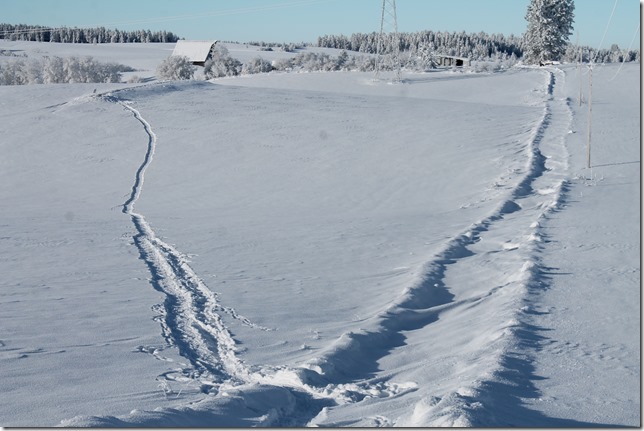 I did have to run back to the car just as I had almost arrived at the solar panel. A large pickup with a very large trailer filled with hay came down the road and couldn’t get past the narrow spot in the road my car had created. I backed down the hill to the driveway for the first house and got off the road far enough that the pickup could get by.

I found it interesting all the frost that had formed in the previous 17 hours: 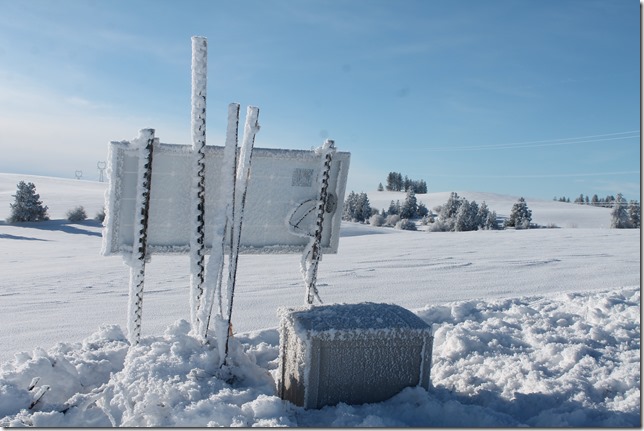 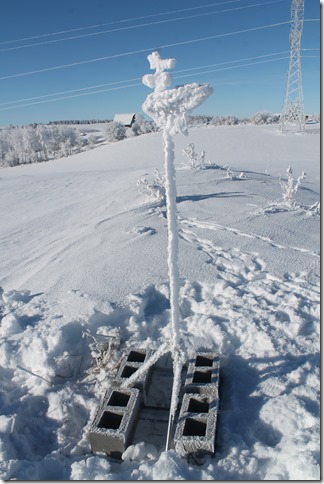 The weather station was almost cartoon like with all the frost. 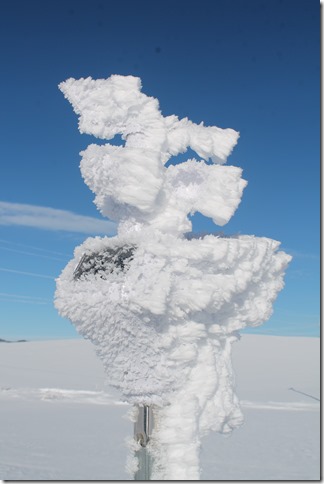 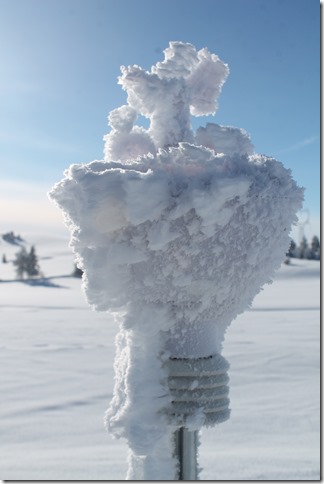 Both wind speed and direction sensors were non-functional because of all the frost.

This was the first time in many years when I went to Idaho and didn’t visit Mecca. Check out the bank of snow behind my car (Mecca is in the background). 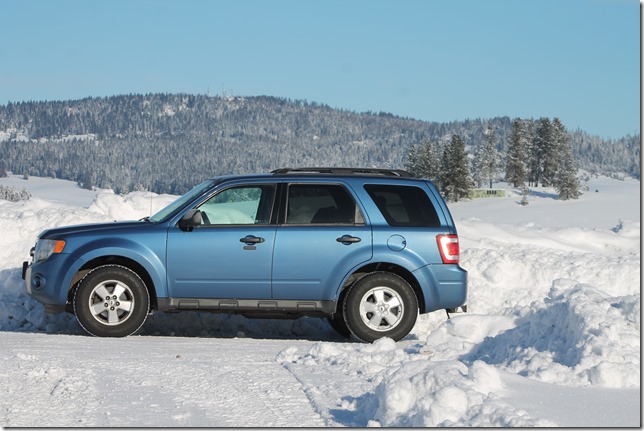 Here is a close up of Mecca taken with my 300 mm lens then cropped to the interesting part. In the lower right corner is a picnic table. 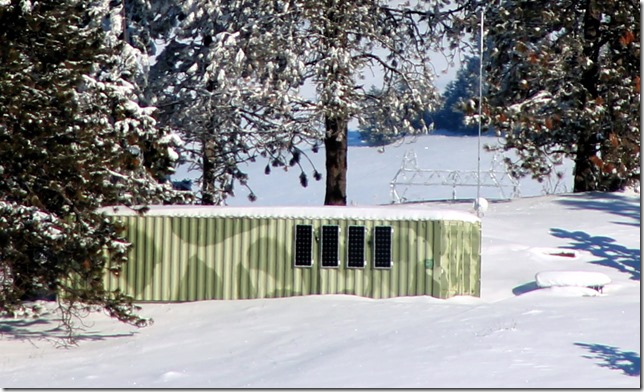 This was the view from niece Lisa’s bedroom window. 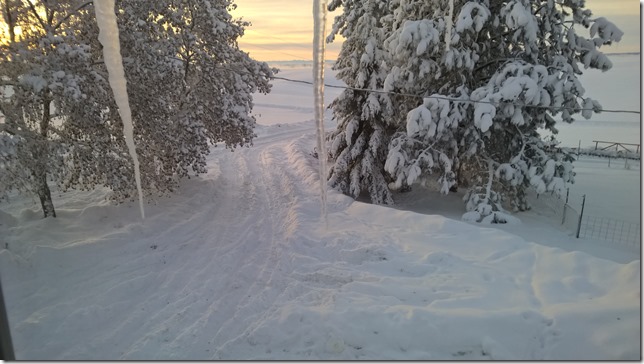 Notice the depth of snow on the roof and on the deck? 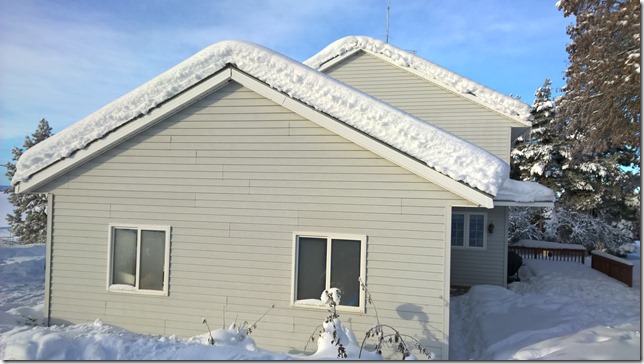 The roads weren’t too bad, but before next winter I’m going to get some new tires for the snow. My current set has seen three winters now and they were having difficulty in the soft snow in the driveway to Doug and Julie’s place.