Last Saturday I took the ferry to Whidbey Island to participate in the Speed Steel match at the Holmes Harbor Rod & Gun Club. Jeff wasn’t where I expected to find him on the ferry but I took a picture anyway: 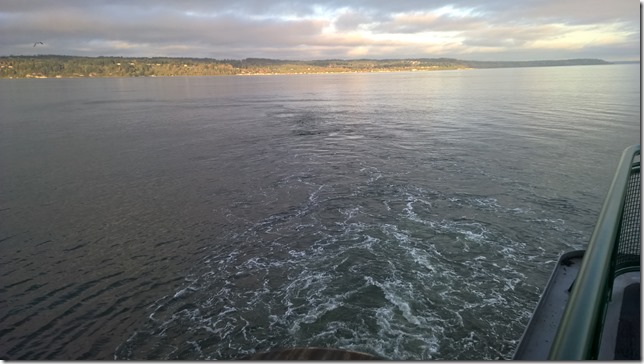 The stages were good. As usual they were somewhat different and interesting to shoot: 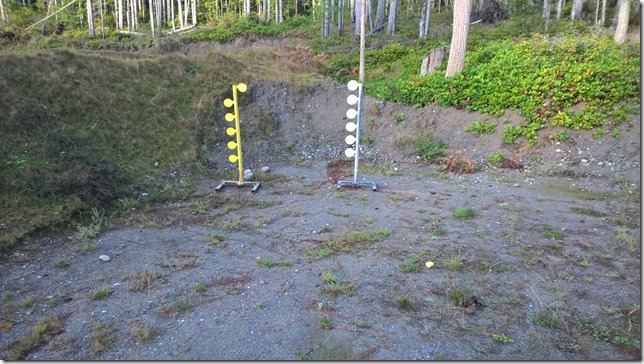 On the stage above the bottom targets were removed from both dueling trees before the match started so there were only five targets on each. You just had to hit all five plates in any order. No stop plate. The yellow was for rimfire and the white were for centerfire guns. The targets were close but because of their size they were deceptively difficult to hit. It felt like you should be able to go really fast, but feelings are not reality. 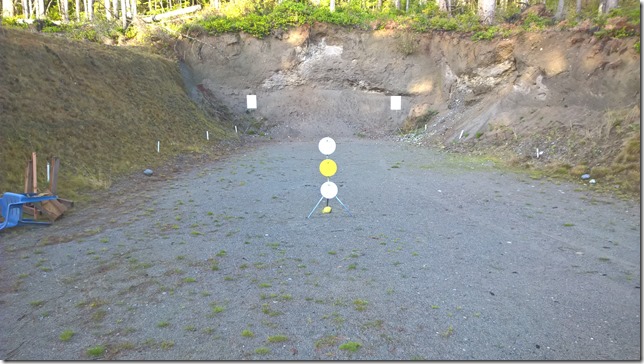 Hmm… With rimfire the start position is aiming at the yellow rock beneath the plates in the center. So how do you best shoot it? Straight up to the two white plates, the big plates in the back of the bay, then back to the stop plate? Or as I would with shooting from the holster going for the corner plates then the center plates? 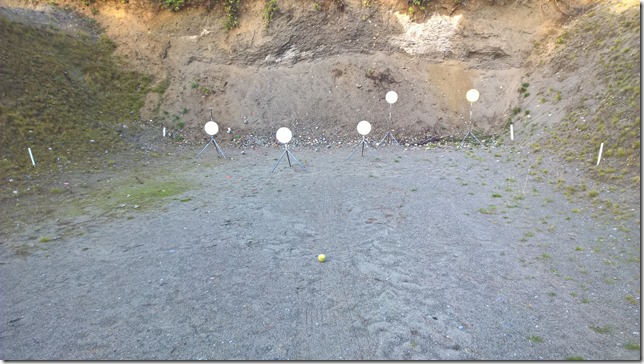 The far right target was painted yellow to be the stop plate before the match started. 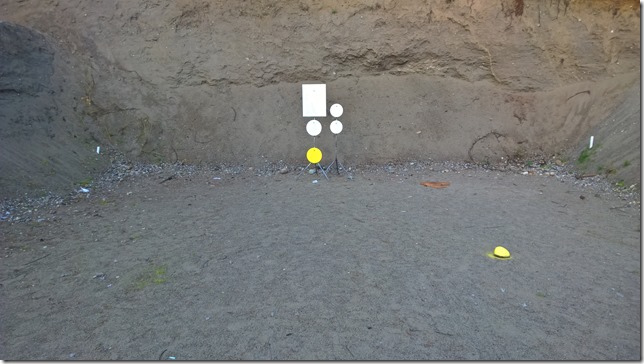 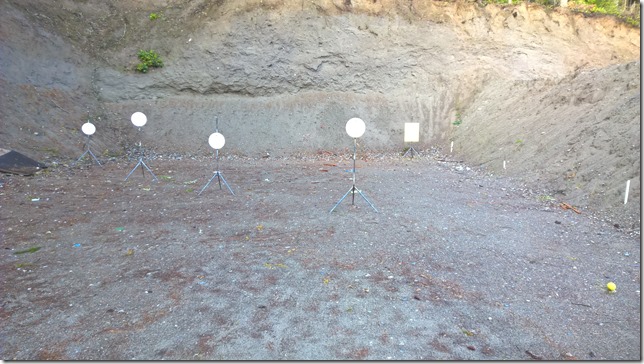 The rectangular plate in the right corner of the bay was painted yellow as the stop plate before the match started.