Jim, Sunk New Dawn, Galveston, TX suggested I participate in the Ace of Spades “easy, fun handgun Postal Match”. I’m not sure where the postal part comes in but I participated.

I made a video of the shooting. But it was indoors and my video glasses have dark lenses. I couldn’t see the X-ring without an orange dot on the target.

Here is my entry (click for a larger view): 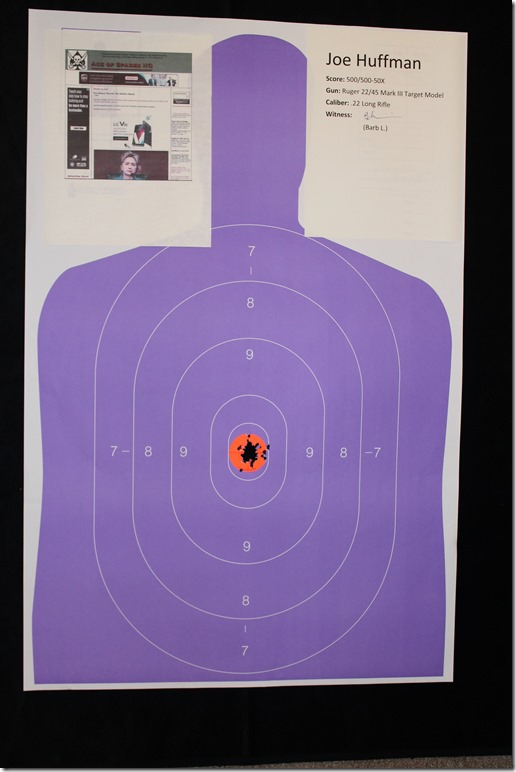 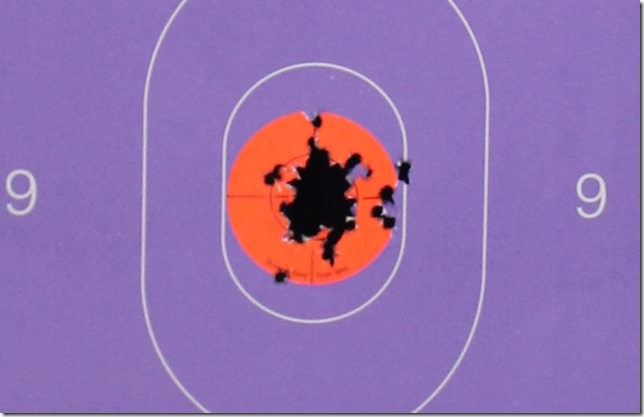 I used my Ruger 22/45 Target Model pistol which helped at the beginning. Near the end (I also fired 170 rounds in practice) the muscles around my shoulders got tired. They started getting numb and I was shaking. I think the flyers in the image above were probably from the last magazine.

Here is the video to show that I fired all 50 rounds at the required range in the required time (30 minutes max, I used less than four):