I participated in the Whidbey Island match at Holmes Harbor Rod and Gun Club on Saturday. The ferry ride, as usual, was pleasant. I found Jeff at the same place on the ferry as last time and we talked as the ferry took us across the sound. 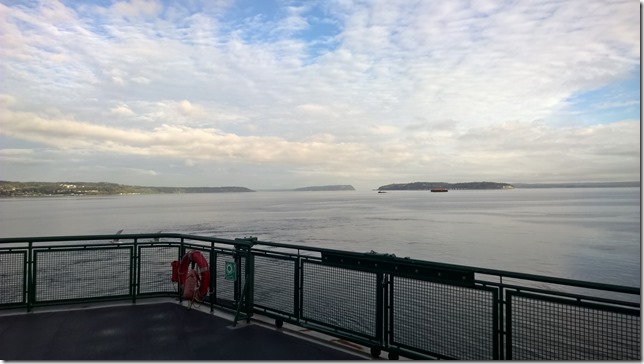 The weather was good, the stages were good, and my guns ran perfectly. But some of my shooting wasn’t as good as I hoped. Things just weren’t a smooth as they should have been. I had barely practiced in the previous couple of weeks. And that practice was only with the .22. In the Center Fire Iron sight division I came in second by 0.27 seconds. 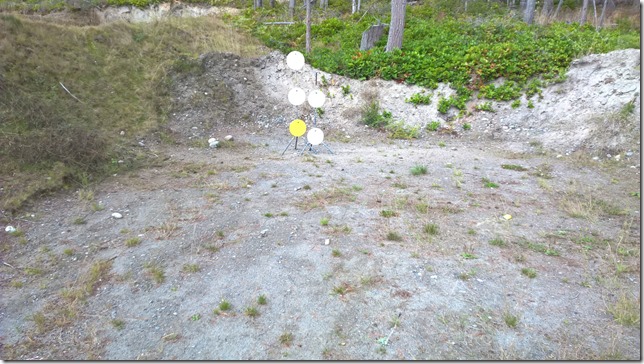 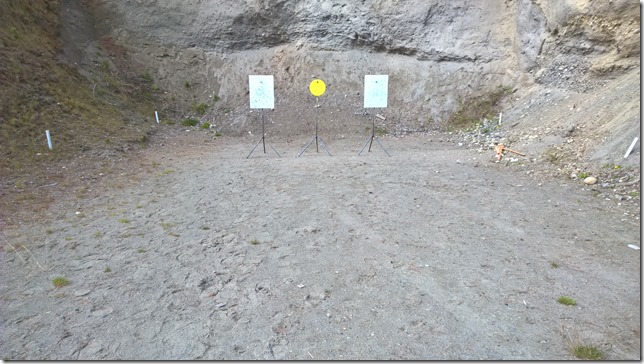 The stage above was interesting. The start position for rimfire was with the gun pointed at the yellow stop plate. This is to make things just a little faster for what is already a very fast stage. Upon the start signal you fire two rounds at each of the white plates then one round at the stop plate. If you can get all five hits in 1.00 seconds or less they put your name on a plaque. Apparently it’s not horrendously difficult with open class rifles. The best I got was 1.81 seconds with an iron sighted pistol. I could do better if I worked on it for an hour, but I’m not sure I could do 1.00 or better. 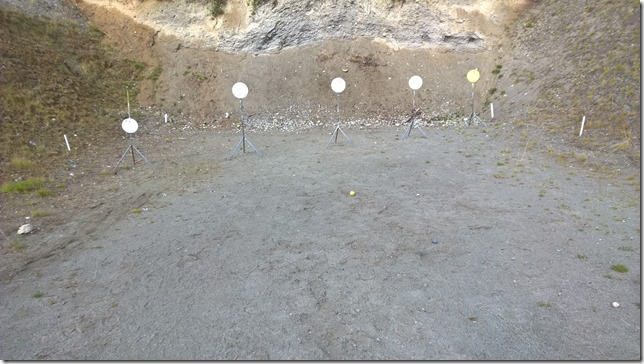 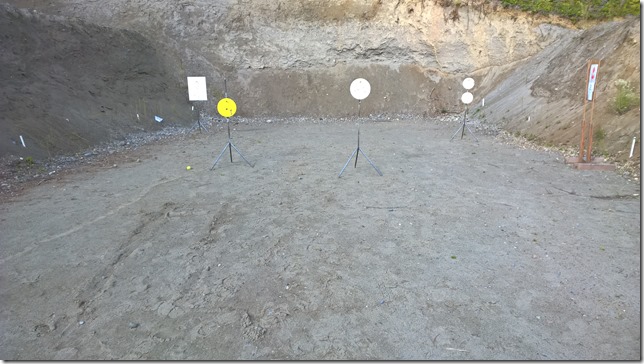 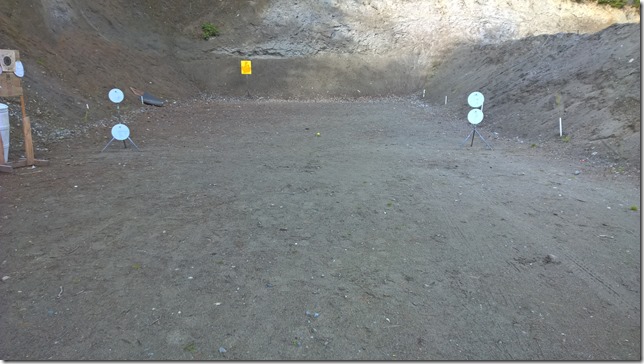