I find two or three of these every year in my lawn about this time of year. They look very similar to amanita virosa, but a. virosa is said to be a European/British species. Looking into it I find a close cousin said to live in Western North America, called a. ocreata. As best I can tell, that’s what I have here. Apparently as deadly as a. virosa, I come across these while picking the common Meadow Mushrooms that fruit in my lawn every Spring and Fall. Trouble is, they’re both white, with rounded tops and in the same size range. The distinct giveaway is the white gills of the amanitas, verses the salmon to dark brown gills of the good food species. Also the Meadow Mushrooms stain light yellow, whereas this white-gilled specimen doesn’t appear to stain when bruised.

Thin white gills of different lengths, not attached to the stem. Base of the stem in this case has turned yellow-brown. Prominent white annulus, or ring, on the stem. This one was found growing in the grass near a water spigot where the soil has been damp for a long time, with several deciduous tree and shrub species present. Others like it have been found in different parts of the lawn, East to West of the house, mostly on the North side. 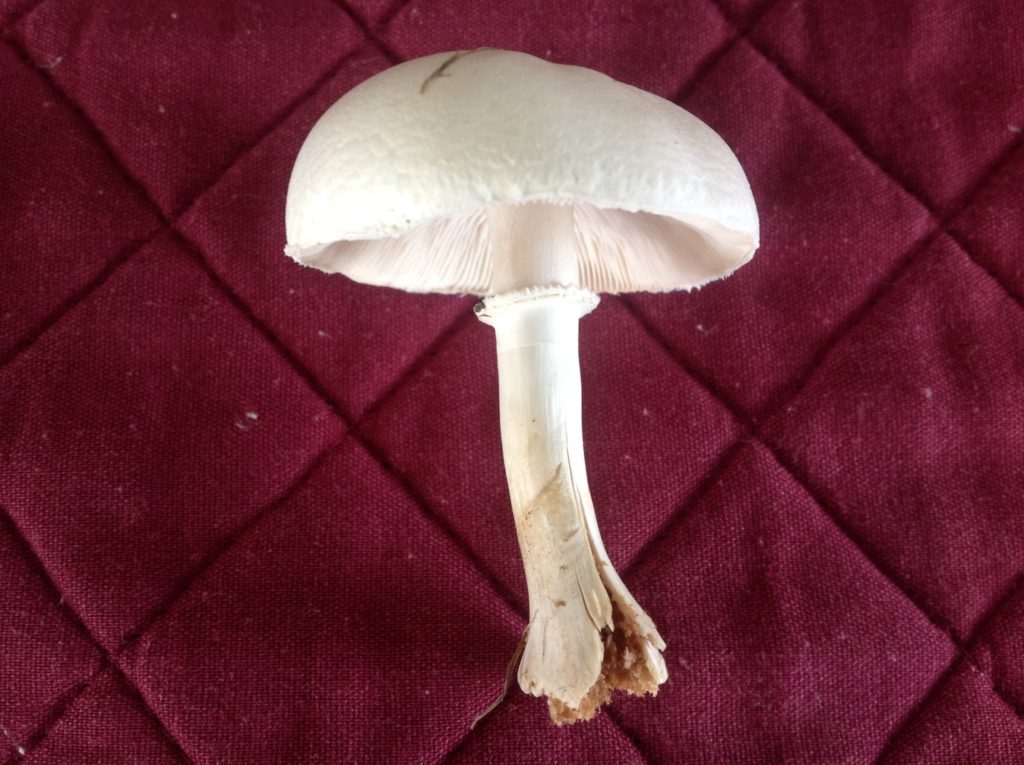 Gills apparently not attached to stem. 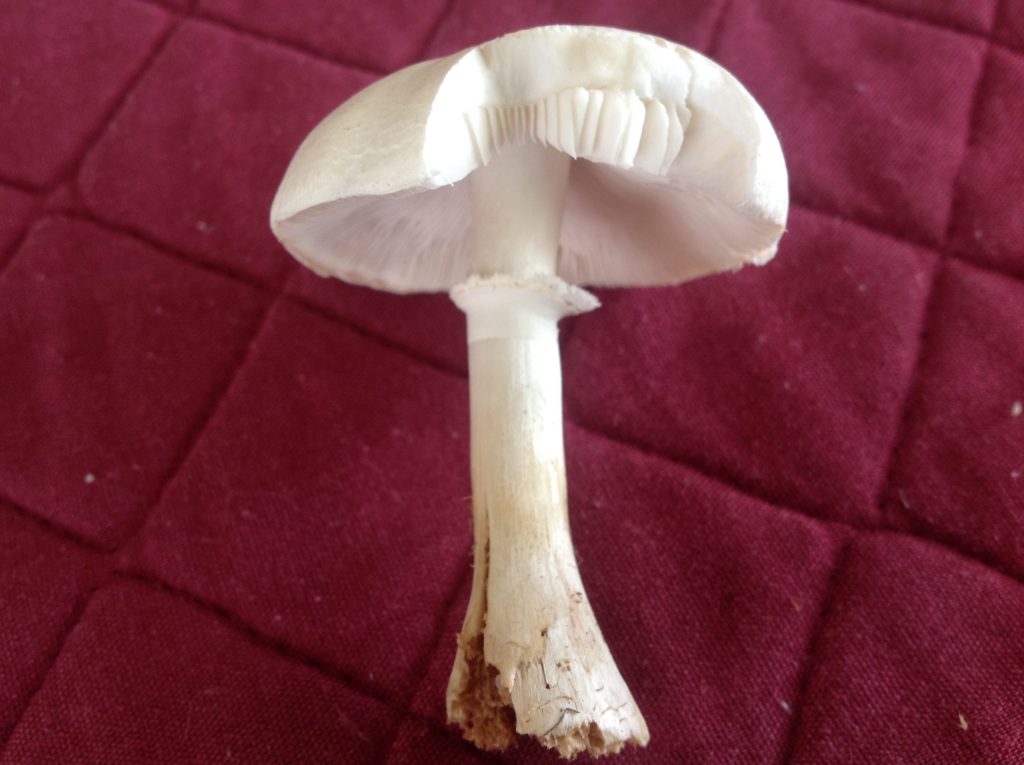 Cap flesh does not appear to stain from bruising, even after 20 minutes, though the base of the stem has turned yellow-brown. The whole mushroom appears more pure white in real life than in the photos.