Ry and I participated in the steel match at the Renton Fish and Game Club yesterday. We got rained on a little bit at the beginning of the first stage but it cleared up quickly.

Except for the first stage the courses of fire had small targets some distance away with fairly large transitions: 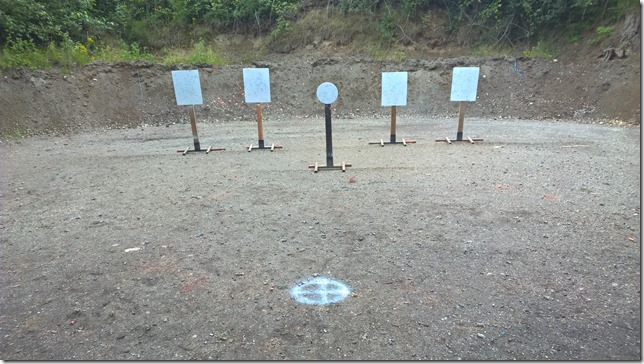 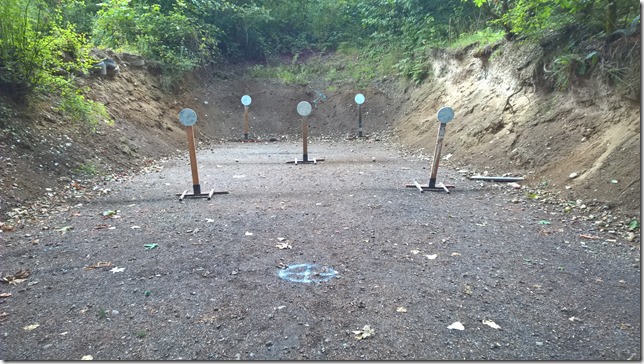 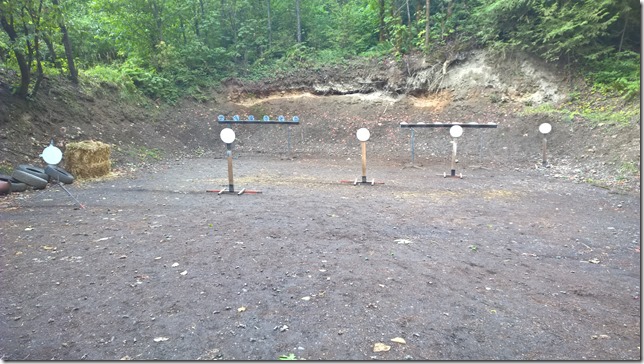 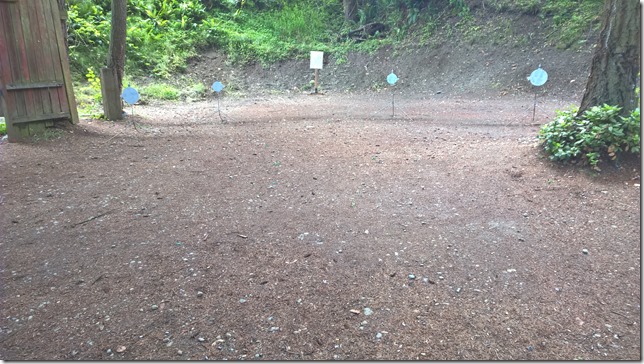 This, of course, slowed the shooting down. This was especially true for the younger kids in the match. Compare my times on the various stages to those of Joey Meboe, Isabelle Meboe, and Matthew Meisner. Look at how close we are on stage 1 and how different we are on the other stages.

But I still did well enough that I was happy with the results.

The entire match results are here. My average time per hit with Rimfire Pistol Iron sights (RFPI) was 0.7406 seconds:

With Iron Sighted Pistol (ISP) combined with Production (because they are very close in equipment) I won with an average time per hit of 0.911 seconds. I would have come in second place had I been competing against the people with open class guns:

Ry had an open class gun but no holster for it. When starting from the low ready with something other rim fire guns they add three seconds per string to your time. This was a huge penalty for him.

For me, the difference between starting from the low ready and from a holster is 0.6 seconds or less. So… Let’s assume a holster would have slowed him down 1.0 seconds per string. With 16 strings for the match, we should subtract 32 seconds from his time to get a better idea of what his capability is. This would put him at about 89 seconds for the match with a much more competitive time.