Now that we’ve gotten a little rain, the wild mushrooms are coming out in force. Shaggy Manes aren’t common at my place, but they’re common enough you might want to know about them. They’re another edible mushroom likely to be found on laws and other locations similar to the habitat for the Meadow Mushrooms we’ve been using, or on roadsides in the back country. It’s called the Shaggy Mane for obvious reason. I found this one, solitary, on my lawn about fifteen yards from a nice fruiting of Meadow Mushrooms this afternoon. You’ll find them singularly, or in small groups.

This one is fairly small. They can be twice that size. Note the tall cap hanging down from its attachment point at the top inside of the cap, and the color fringe on the gills, which turn darker with age, and eventually melt into a black liquid. These are fragile mushrooms. 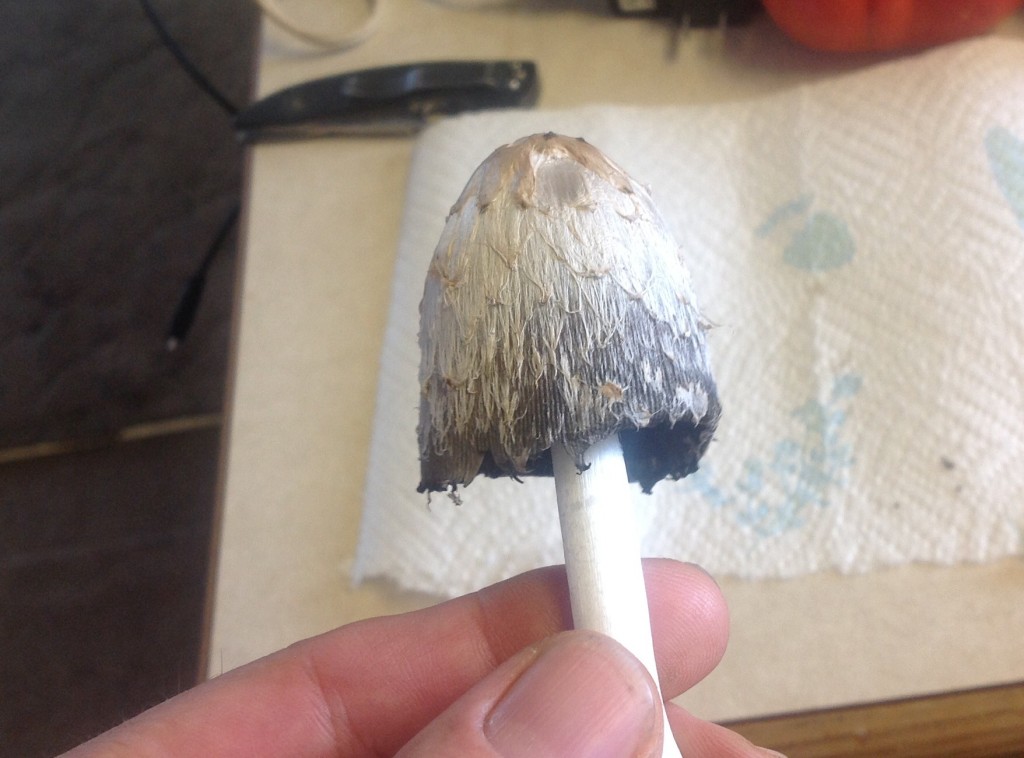 Still edible, but they’re better before the cap has started to turn black at the bottom.

Eventually the cap will turn into a black goo, so use them up right away.

They’re not as good eating as the Meadow Mushrooms, but they’re more than OK, and they’re easy to identify. They don’t store well, so use them up in a day or two. Don’t over-cook or else they become watery.

See if you can find some. They’re not as easy to spot because of their camouflage-like appearance among the fall leaves. Here’s some more information.