The Boomershoot 2015 fireball was very well done and impressive. Here are some of the details of the construction.

There were 15 seven-inch square targets, each containing 800 grams (about 1.8 pounds) of Boomerite arranged as shown below around a 50 pound bag of powdered sugar:

The target in the lower right with the two red dots was facing the audience and shooter. This is the initiating target which propagated the detonation to the rest of the targets.

In the picture below you see 19 gallons of the gasoline/diesel mixture in place on top of the explosives. 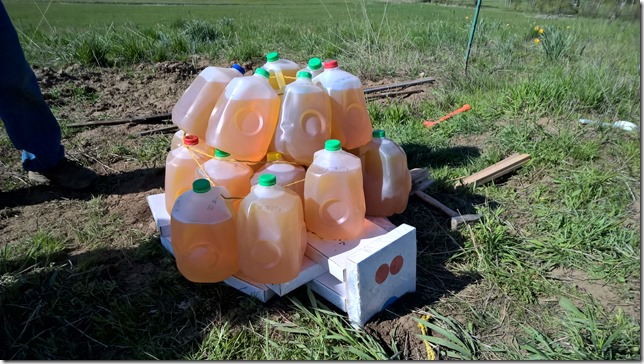 The job of the explosives is to lift the gasoline and mix it in the air. Usually we have a ratio of explosives to gasoline of about 1 pounds to 2 gallons up to 1 pound to 1 gallon. This time it is about 1.4 to 1. 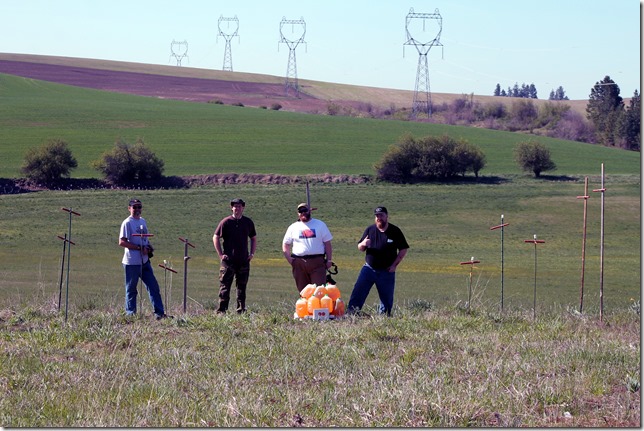 In the picture above we have the people that designed and constructed the fireball (left to right: Mike, Matthew, Barron, and Ry) along with the road flares attached with rubber bands to rebar and wooden sticks. One or more of these flares ignited the fuel air mixture.

In Phil’s slow motion video below you will see the ignition start on the side opposite the shooter and propagate to the remainder of the fuel-air mixture.

In this frame capture from Ry’s video you can see the dust propelled into the air some distance from the explosion. I suspect this is from the shock wave traveling through the ground.

In the still picture of mine below you can see pieces of shredded milk jugs which have been propelled beyond the expanding “ball” of fuel and that most of the fuel has been ignited. The flares mounted on the rebar and sticks are entirely engulfed in the fireball. 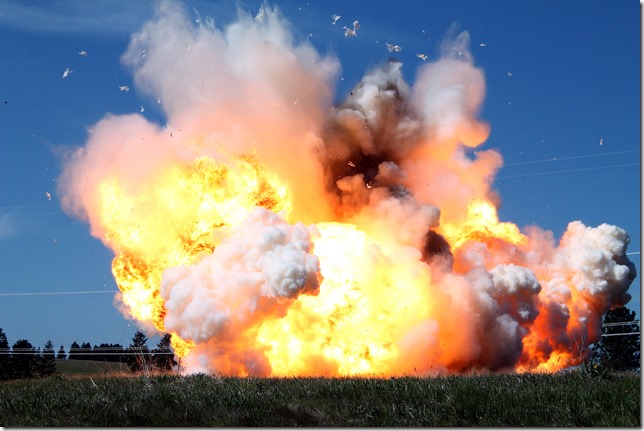 The following pictures is one of the most interesting fireball photos I have ever seen. Usually it is mushroom shaped or even flattens out more than the picture above. But this ball of fire barely touches the ground and is a decent approximation of a sphere. I’m not sure what the white streamers coming out of the fire are. Perhaps pieces of burning milk jug or lumps of powdered sugar. 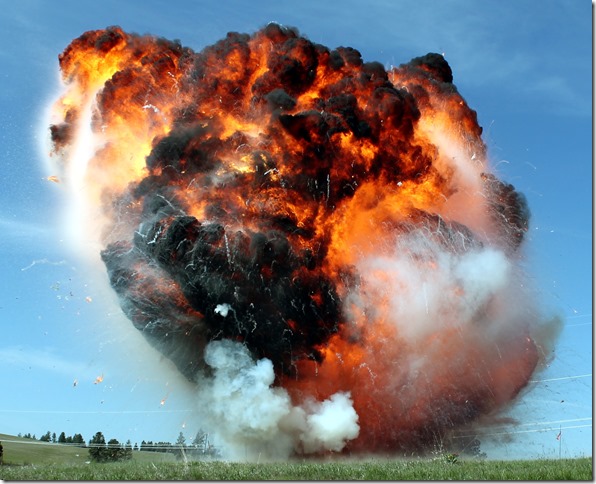 Here, a fraction of a second later, we have the ball of fire suspended in air on what is a probably a column of water vapor from the explosives:

Here, another fraction of a second later, we have the fuel still burning high up in the air and forming a smoke ring: 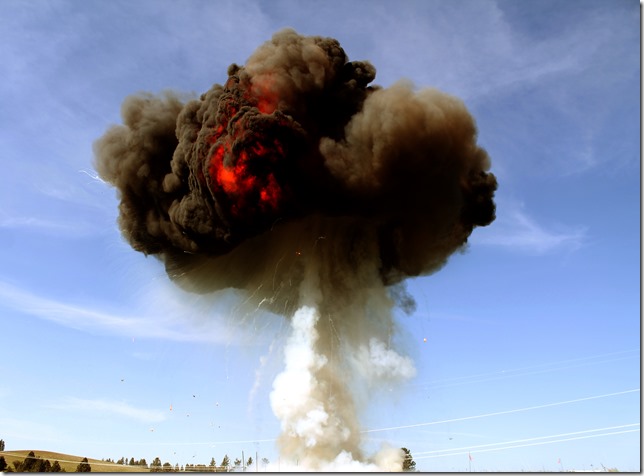 Watch Ry’s video and see the fire roll around in the sky. It’s amazing:

In the picture below, less than a minute after the explosion, we have Barron standing in the middle of the crater he created. But notice there is no fire on the ground. In years past there were patches of burning fuel on the ground. There was none this year. It all went up into the air. 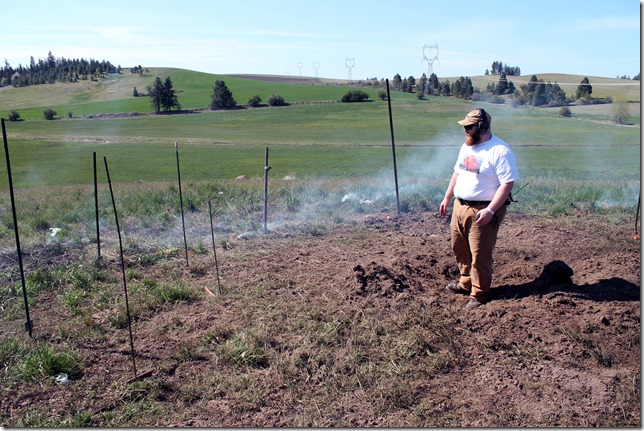 Another thing, as pointed out by Ry this year and last (edited to add: Ry says the first time was 2011 or earlier), is that nearly all of the flares have been extinguished. Ry is the first person I know who has successfully extinguished road flares with gasoline.

Don’t try this at home. Come to Boomershoot 2016 instead.

20 thoughts on “Road flares and gasoline”