Why should the word “prunes” be followed by an exclamation mark? Because they’re MY prunes, or rather they were planted on the property I currently own, long before I bought it.

Do you know the difference between a prune and a plum? I didn’t, though of course I’d heard several of the theories that float around, at least in the Pacific Northwest. According to the orchard owners hereabouts (and who would know if not them?) a prune has a free pit, meaning that if you rip the fruit open the pit falls right out, whereas a plum has an in-grown pit and you have to cut, or chew, around it. That would mean I have prunes.

I’ve heard that there are peaches with free pits and peaches with in-grown pits, and they’re all called peaches, so go figure.

Anyway we had a great prune crop last summer, and in late August I picked the last of them (the really sweet, ripe wonderful ones that you never see in stores because they’d be turning to soup in a day or two) off the ground, split them into halves and dried them in an electric dehydrator, then packed them away in a plastic container and left them in the back of the refrigerator as an experiment in food preservation. 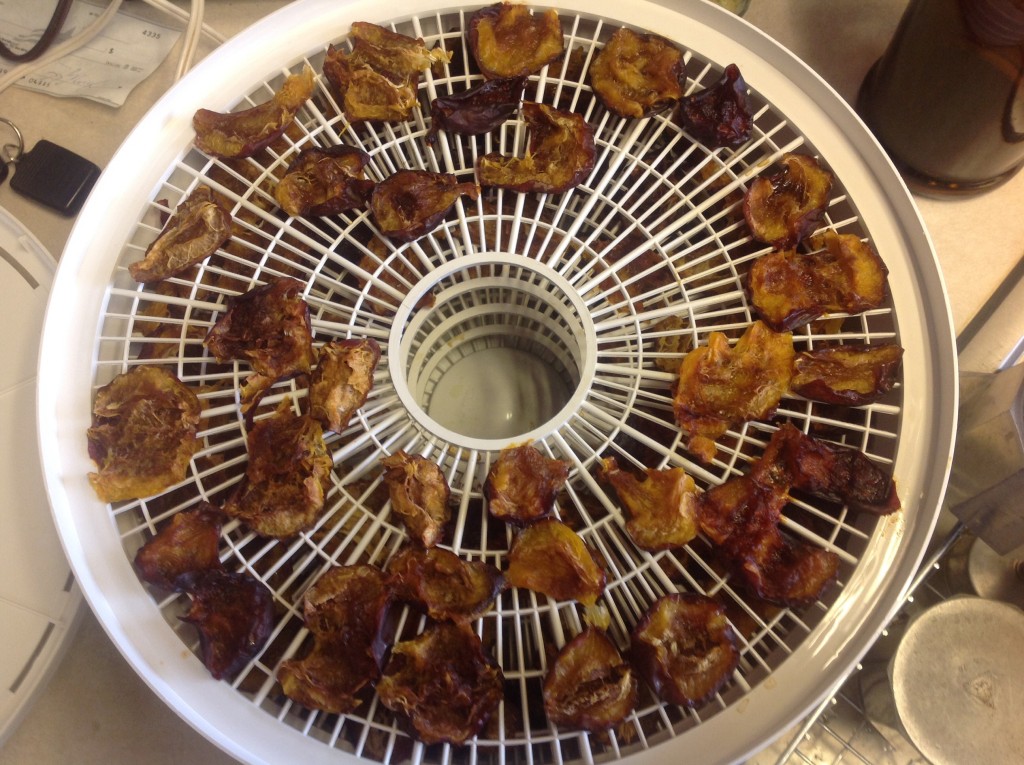 I decided this weekend it was time to try them. I’ve been snacking on them for two days, and they’re delicious. Sweet and tart. Almost every bit as good as when they were fresh dehydrated, which is saying a lot. They have a chewy consistency, a little bit drier than the ones you buy in plastic bags in the grocery store. Nothing added. Ingredients: prunes. 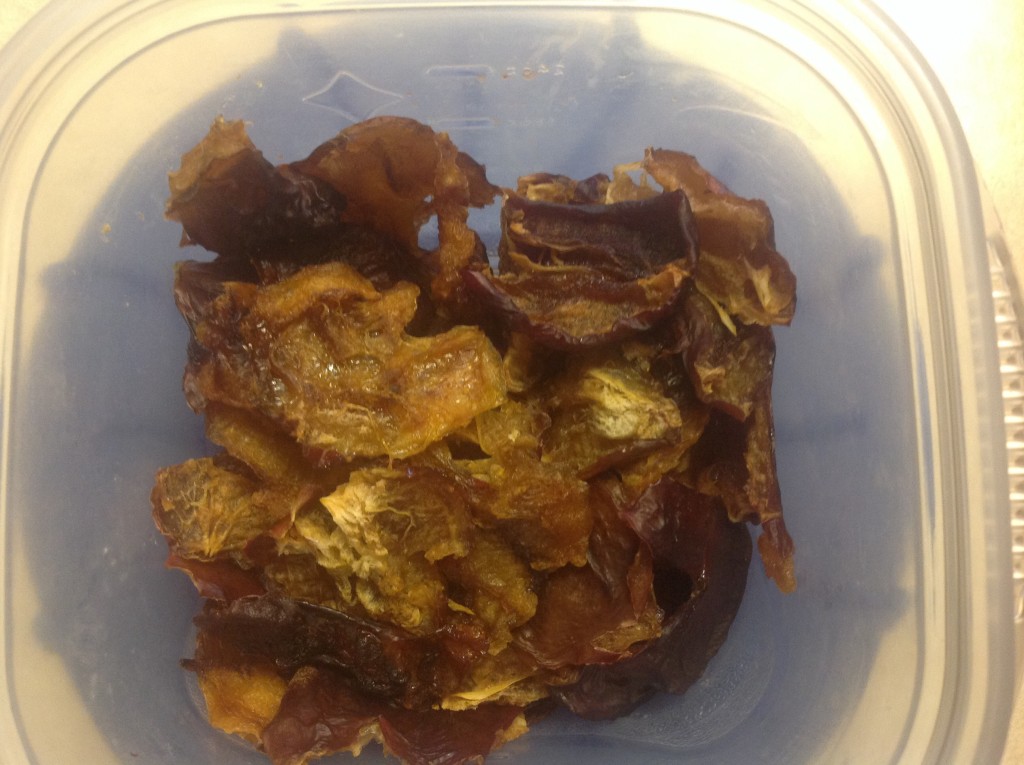 Now I suppose is when the potty jokes about prunes kick in. Well I tell you; that’s all a bunch of nonsense. I suppose that if you have a weak constitution then eating a whole bunch of prunes, or any other acidic fruit, will make you poop more. I haven’t had to concern myself with such things. For me they’re just another local food source.

The year before, I tried making a prune-honey mead. I fermented the prunes whole (well, halved and pitted) which was probably a mistake because the product took on a funky flavor that’s hard to describe. I suspect it came from the skins, but I don’t know. It wasn’t bad, it just wasn’t great like such a thing should be. If I were to do it again I’d start by pressing the juice from the fruit, same as is done with apples and pears.

If fermented apple juice is cider (or “hard cider” in America) and fermented pear juice is perry, then what do you call fermented prune juice? I don’t know. “Pruny”?

Depending on the variety, we had prunes and plums around here last summer and fall, starting around mid August and going well into November. Same goes for apples. And they’re so abundant you could put up actual tons of them if you had the gumption, mostly from what I call “feral” trees – fruit trees that no one planted and no one tends, and no one cares about, growing helter skelter about the countryside along old roads, older wagon trails, abandoned railways and such.