We had a nice time on our cruise. Below is a picture from the wedding (it was on a beach on a Disney Island, not on the ship like I said earlier): 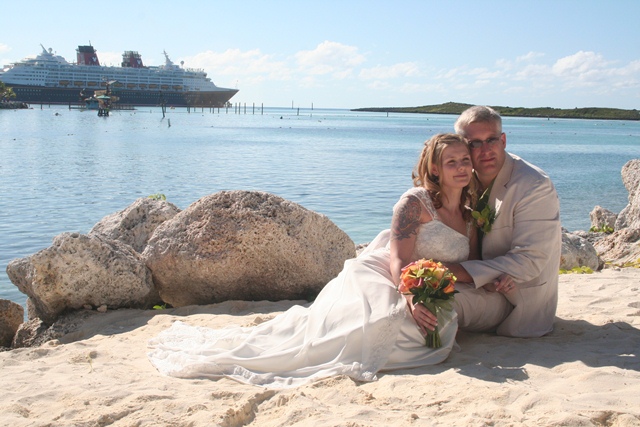 Barb and I were somewhat surprised at the nice time we had. Disney, as usual, paid a lot of attention to detail on the cruise and their island (99 year lease I was told). More pictures and stories later. Barb says we can check our bags in now at the Alaska Airlines ticket counter (we are still in Orlando).