Last Saturday daughter Kim, her husband Caleb, and I went to the Boomershoot site to deliver the last of the supplies (we still need a few thousand rubber bands but I’ll wait on those) for Boomershoot 2010. 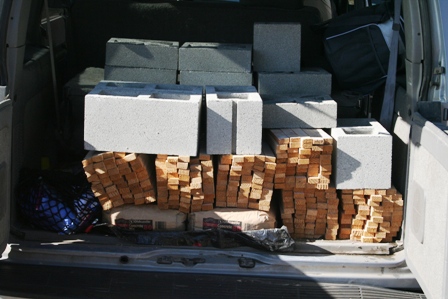 We only needed a couple more concrete blocks but I bought a bunch extra. It turned out we used all the extras and then some when I thought of a new project we could do while there.

Caleb finished up setting the steps down to the “well” in concrete. We had originally thought the hard dirt was sufficient footing but in the wet spring the steps became unsteady. This should fix the problem: 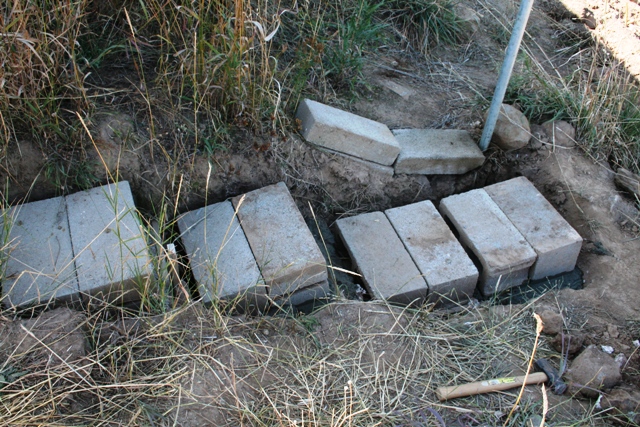 I soldered and taped the electrical connections to the new solar panel. Kim and Caleb put in the new screws that hold the panel to the side of the shed while I went and got the bulldozer. 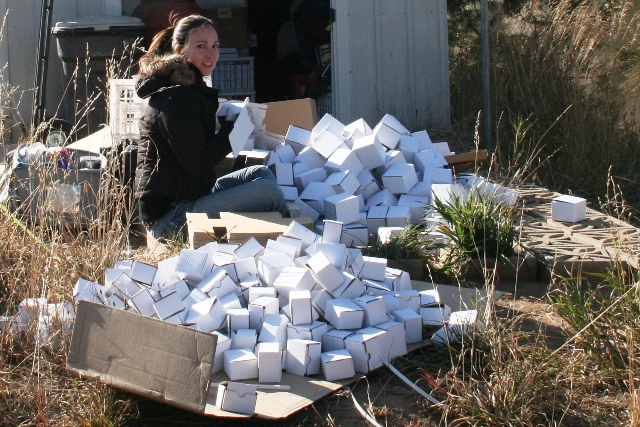 We now have 1595 boxes folded and ready for the event. All of our crates are full (except for one): 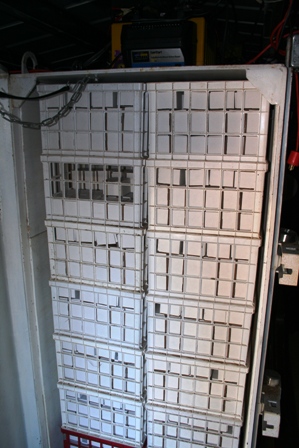 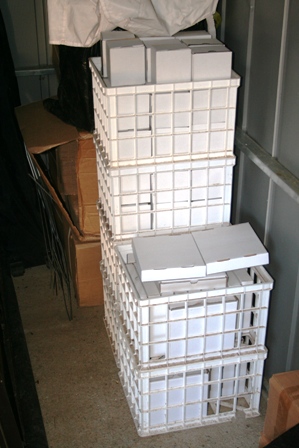 The plan is to fold another 500 or so after we use up targets on the Friday and Saturday evening High Intensity shoots.

I pointed out to Kim and Caleb where I had cleared some brush a few weeks ago to make a “parking area” and then later thought it would be better used as a tent site if I had only thought of it sooner. They thought the tent site was a great idea and Kim said she might even go out there camping “just for the fun of it”. Caleb suggested a fire pit would be a good idea too. That was when I decided I didn’t really have a choice anymore. I had to go get the cat and make the tent site. 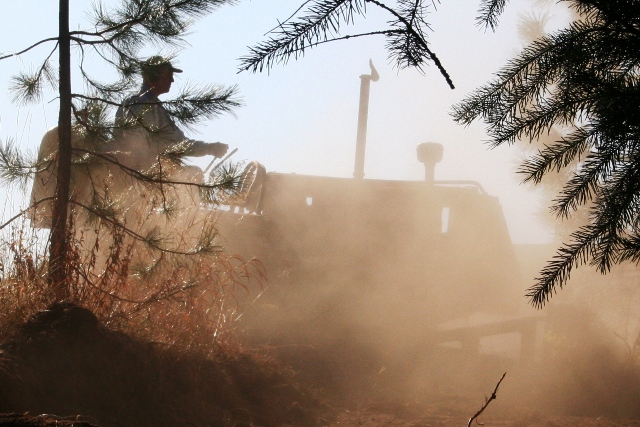 The ground was incredibly dry. At times it was like working with flour (or as Caleb said, “Sifted potassium chlorate”) and very dusty.

Kim and Caleb make a fire ring with nearby rocks in the area I had cleared which was the proper ATF specified distance from the explosives magazine: 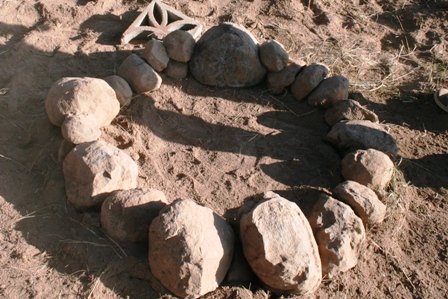 I then thought of another thing we could do. I could make a toilet out of the extra concrete blocks we had! I dug a hole with the cat around the corner behind some trees and brush. Even down about four feet the ground was dry as a bone.

We will probably put up a tarp for better privacy when we have our entire Boomershoot crew or a private event out there. I plan to plant some trees or shrubs to make the tarp unnecessary.

We then stacked the concrete blocks into the proper shape:

We filled in around it and planted grass everywhere we had dug up the ground. I’m hoping we get some rain soon so the grass will get started a little bit this fall. 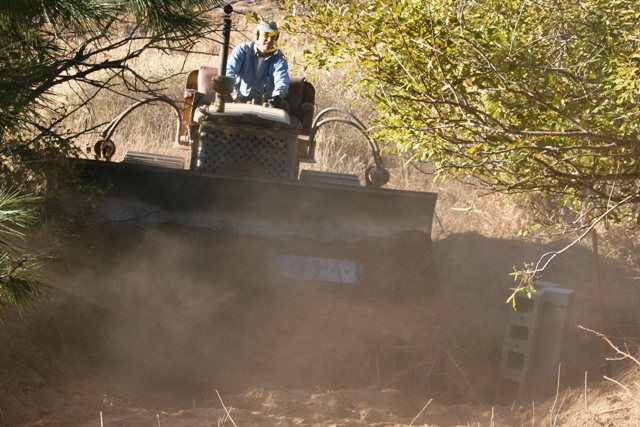 The other things we got done was that Caleb replace few broken stepping stones and added some more to our work area outside the shed and I winterized the pump and repaired the sabotage we blame on “The Dwarf” who lives nearby.

I wanted to call the simple toilet “Kimberly’s Throne” but for some reason I was vetoed on that. She said I could build her a real throne if I wanted. But a “[deleted] cold concrete” toilet didn’t cut it.