Robb tells us about a stage from hell he shot in last weekend. I also shot a tough stage yesterday but it wasn’t entirely because of the stage design. And strangely enough both of our stages were “Stage 5” in the match.

Do you notice anything wrong with this gun? 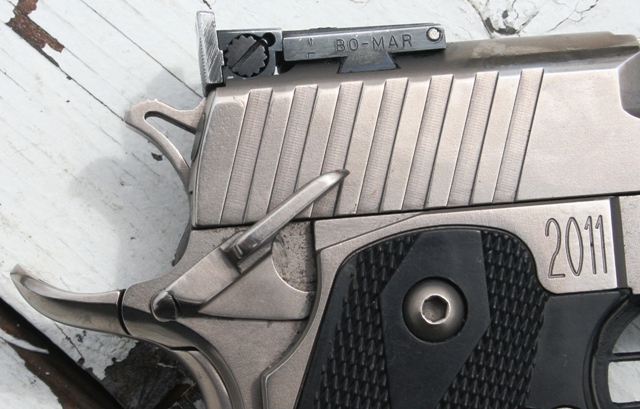 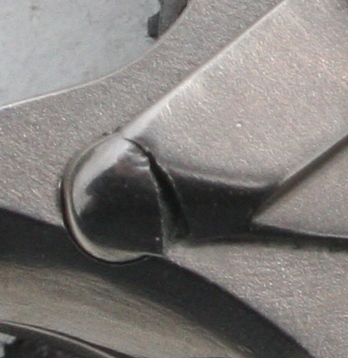 Update: A close up of the broken safety.

People familiar with 1911s and sharp eyes will notice the safety is in the ON position but the hammer is down. This can’t happen on a normal 1911. It turns out the ambi safety was broken but I didn’t know that when I inserted a magazine and racked the slide to “Make Ready” for the stage. The tip of the safety ripped a trench through the end of my left index finger. It bled profusely. 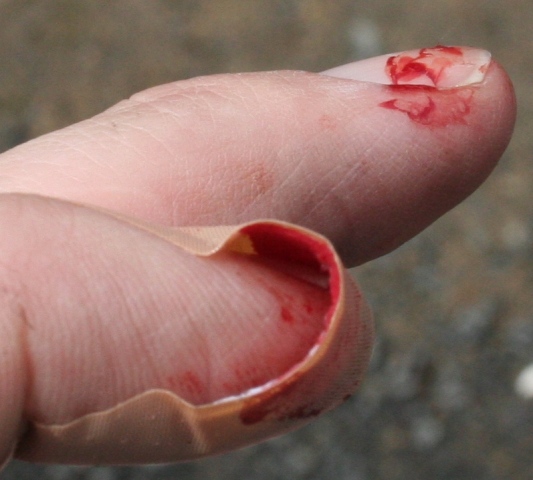 We didn’t really understand why my finger got ripped open and after getting a band-aid I went ahead and shot the stage.

The stage was unusual. The shooter had to traverse between two barricades in the shape of a U with ports in both sides. There were targets on the sides, bottom, and the interior of the U.

Since it was a 38 round stage even with my 18 rounds magazines I had to change magazines during the course of the stage. At the far side of the U, shooting into the interior of the U at targets near the ground from a high perspective my bullets impacted the ground on the other side of the U in the shooters path–the path I had just traversed.

Despite a mutilated finger and destroying a magazine I did pretty well on that stage:

Update: My verbal description of the stage wasn’t very good. Here is a rough drawing of what it looked like: