This isn’t the usual range report on people going to the range to shoot. This is a report on improving a range.

Yesterday, after getting a late start due to an eye infection I went to the Boomershoot site and made some improvements. The primary goal was to expand the target capacity at the tree line. This is also known as the 375 yard line. I more than doubled the length of this berm. I had originally planned to extend it to the east but due to my limited time (the dirt would have to been moved much further) and concerns shooters in the .50 Caliber Ghetto and most of the Lowlands wouldn’t be able to see those targets anyway I extended the berm to the west.

The ground was dry and hard. The dozer I use is on the small side and 65 years old. Frequently I would put the maximum weight I could on the blade in an effort to get it to cut into the ground. This would lift the front end of the cat up and put all the weight on the bit of the blade and the rear sprocket of the cat. Still the blade would barely cut into the ground. It was only after making another pass on the same piece of earth after the spinning tracks had tore up the ground previously that I would get a significant amount of dirt in front of the blade: 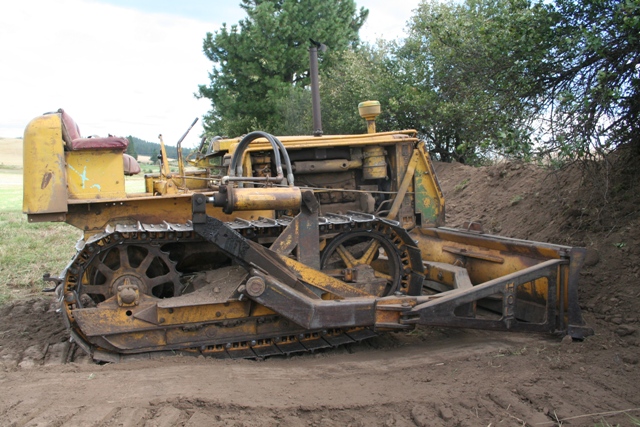 Weight on the rear sprocket and blade in an effort to cut into the hard earth.

Below is the result of several hours of dirt moving. The previous target area was from the tree about 50 feet behind the car extending left (east) to the end of the grass covered berm. As you can see from the fresh dirt the target area is over double the previous length. This will allow us to put out a lot more targets in this very popular area. 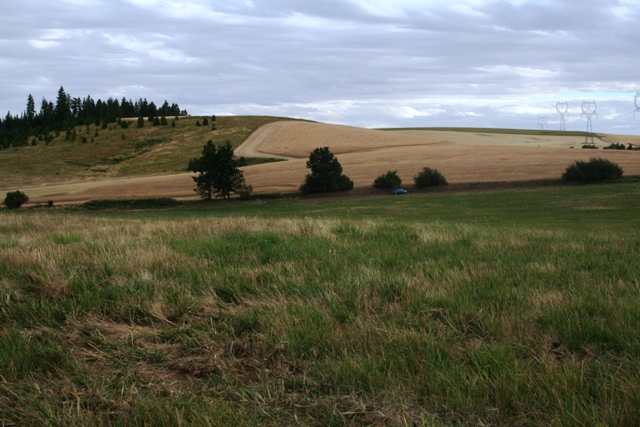 Taken from shooting bench height, just off of the west end of the shooters berm, at position 69. Click on the picture to see more detail.

I also extended and tweaked the berm for the shooters. The extension was not to increase the capacity but to get each of the shooters a little more room. In previous years shooters were allocated six feet per shooting position while on the berm compared to eight feet on the ground. This should allow berm shooters eight feet as well.  I also tried to make it a little more level. Certain areas on the berm weren’t really usable and I think I have fixed that. 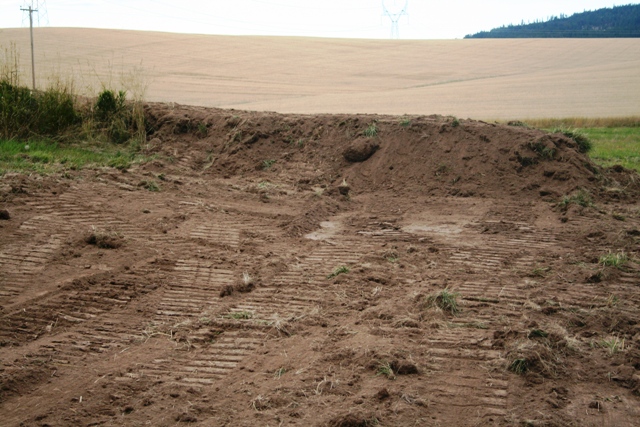 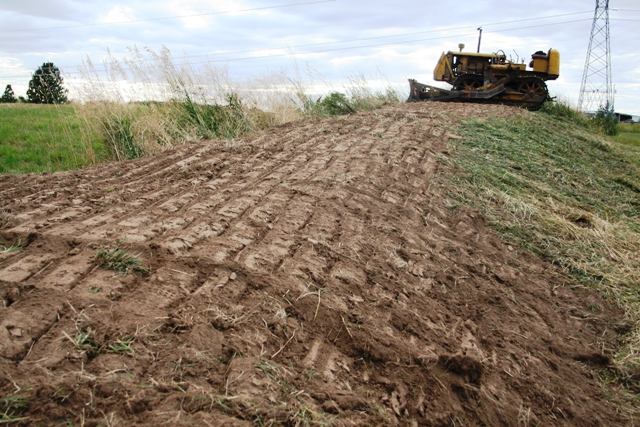 Shooters berm looking to the west from the east end.

Boomershoot 2009 will have more targets and berm shooters will have a little more elbow room.

I still need to go back in a couple weeks and plant grass in the freshly disturbed dirt and prepare the Taj for winter.