Today I picked up the last of the supplies for Boomershoot 2008. 1200 surveyors stakes, 100 pounds of lime, and three air-horn cartridges. When I was getting the stakes the guy behind the counter asked, “Are you going vampire hunting?” I wish I had been quick enough to answer something like, “Not exactly. I’m the regional supplier for Buffy.” But instead I told him the truth. “No. I’m going put cardboard boxes filled with high explosives on them and people will shoot at them.” I’m not sure if he thought that story was any more plausible than the vampire one but he didn’t question me further. 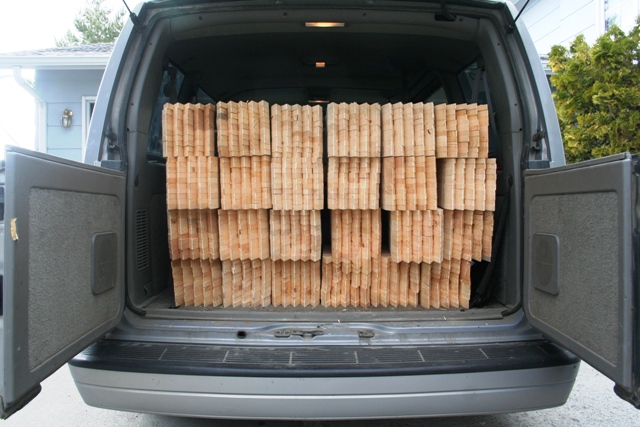 As a side note, 1200 stakes isn’t enough for Boomershoot 2008. We have some left over from last year that we will be using.