For the last year and a half I have been trying on and off to find another supplier. I could get it in Missouri or Vermont but transportation was “an issue”. Earlier this week I found a supplier that would deliver it to my doorstep for $0.50/pound. My last batch cost $0.14/pound. Heavy sigh. But in the big scheme of things just a couple extra shooting positions covers the difference in cost of the AN.

So… I ordered 5000 pounds which was delivered this morning: 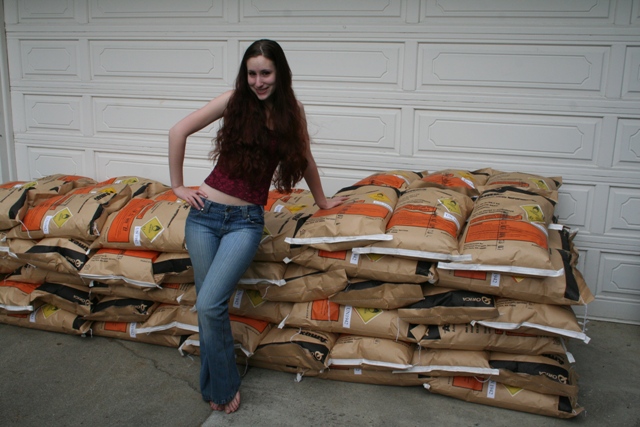 This means I don’t have to be at all stingy with the targets for the immediate future. Boomershoot 2008 and 2009 will be bigger blasts than any previous event.

Tomorrow I start trying to pack into in the Taj Mahal. I think I have just enough room…