From Dave at Ozark Pyrotechnics:

It was just over 2 pounds of HE, that was heard over 12 miles away at a lake party, and neighbors 3 miles away came up wondering what in the hell I had blown up this time, as it shook their windows. I’ve set off as much as 10 pounds before that did not get this response. If I keep doing this I will need a seismograph and a deciblemeter.

The video is here.

He was testing a new mixture. He was pretty pleased with the results as he didn’t use any chlorates. Chlorates are considered rather hazardous and something we do use at Boomershoot which makes his experiments all the more interesting to me. Unfortunately when I asked for the recipe and an approximation of the cost per pound he told me:

I have no idea how sensitive the formula is, or really what I actually did. It was at 150 yards with a 20″ barrel Mini-14, with that cheap Russian Wolf 55 grain JHP steel case ammo. You know better than I how fast that bullet was going at that distance. Let me know what you do think the bullet was traveling at that distance.

The AN was so bad that it was nothing but a mush that left your hand wet holding it. The only thing I can think of is that it still had great oxidizer properties and allowed a more complete mixture. The mixture was dry when finished, but was so completely mixed that it is was more like pouring silver colored garlic granules while cooking.

From the fireball (see the picture below) it’s obvious he had an excess of fuel. But that makes for a more interesting display for the participants. 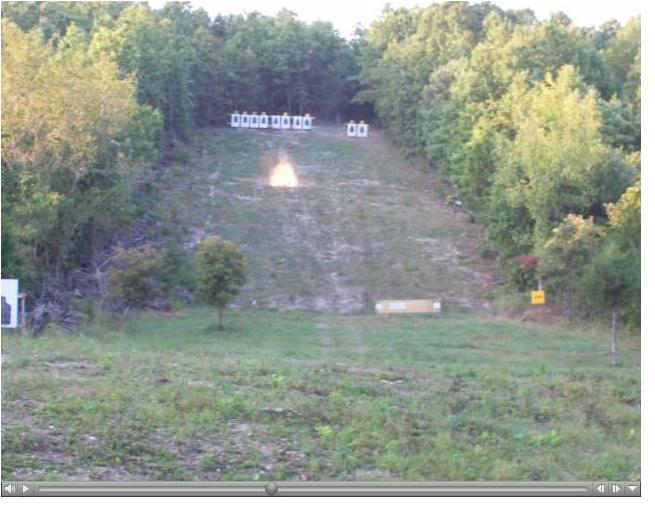 Anyway, Dave plans to put on another explosives shoot in October. Check with him before finalizing your travel plans I don’t think the date has been pinned down yet.