This was Mardelle Patterson on my father’s farm about 1956. She was a double first cousin to my father. Their mothers were sisters and their fathers were brothers so they shared all four grandparents. Mardelle was born just 2.5 miles from where I live today in the house where she would live in her early years. Mardelle and my father largely grew up in the same household during the Great Depression. For the last six years, Mardelle has been the sole survivor of that household. She introduced my parents to each other in July of 1953. My brothers and I all called her “Aunty Dell” even though she wasn’t really my father’s sister. Mardelle and her husband, John contributed several memories to my father’s biography when I was working on it a few years ago.

Mardelle passed away last night at the age of 91. Her passing marks the end of the Huffman family members that once lived together here in Cavendish and struggled through the dark years of the Great Depression. Although the adults remembered the Depression as a difficult time, the children had fond memories of those days. They had never known anything different, so growing up in poverty didn’t cripple them, it only made them stronger. 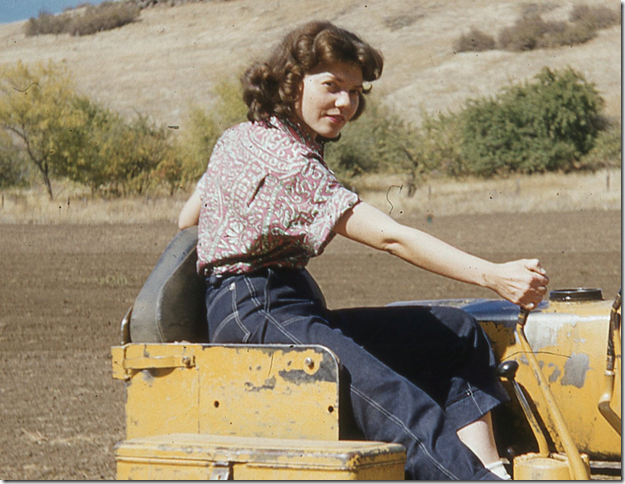 The depression era mindset of making things last was installed in us when we grew up on the farm. The tractor Aunty Dell is on is one I still use for moving dirt for Boomershoot and other things. Doug uses it, among other things, to clear snow from the driveway and parking areas.