Via email from PKoning:

Today’s WSJ had an article about a group that’s ridiculing Putin online, calling itself “NAFO”.  The article came with a photo of a mural on a building depicting “St. Javelin”.  It reminded me of an article a week earlier, describing the “ragtag army” that saved Kyiv from the invading Russians.  One of the soldiers featured in that article is a lady anti-tank missile operator, who in civilian life was a journalist.

As depicted in popular media: 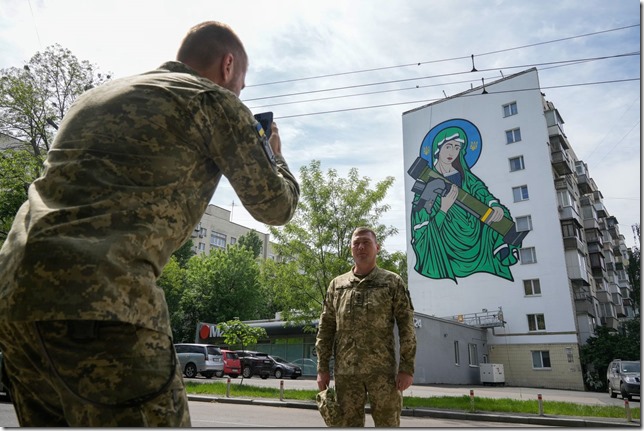 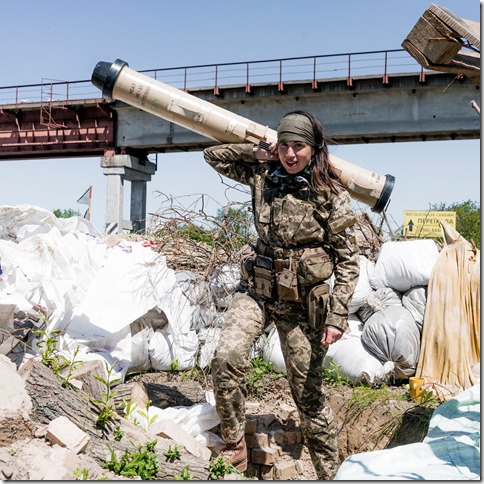