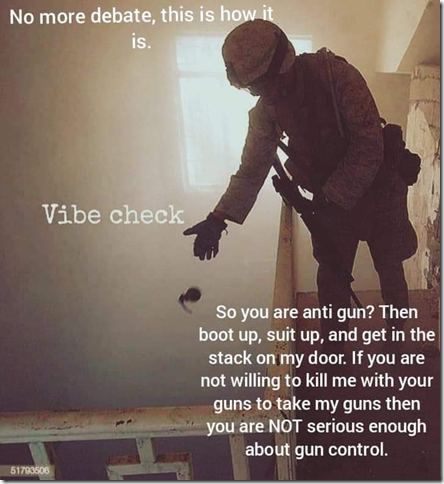 Fortunately for everyone, SCOTUS ruled in favor of the Constitution in Bruen. This significantly reduced the odds of armed conflict over the keeping and bearing of arms by private individuals.

Still, the anti-gun people keep whining about guns. At this point the debate is mostly over. There will be edge cases to consider for years. Machine guns? Semi-auto artillery with HE rounds?

While I think the above response is more than acceptable, I think my response to these losers will be more along the lines of, “Stop whining. You lost this debate in SCOTUS in June 2022. The game is over.”

5 thoughts on “No more debate”