I was in Idaho yesterday. Among other things I was getting the Boomershoot weather station and webcam back online. A bunch of weeds had grown up high enough that the solar panels were severely shaded and the batteries had discharged to the point that everything shutdown. 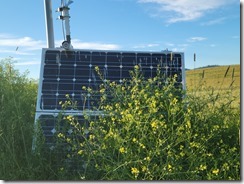 Despite the “bird repellent” wires, birds had used the rain gauge as a toilet: 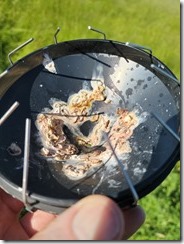 Everything is now fixed.

It was nearing sundown as I was leaving and I noticed an unusual cloud formation: 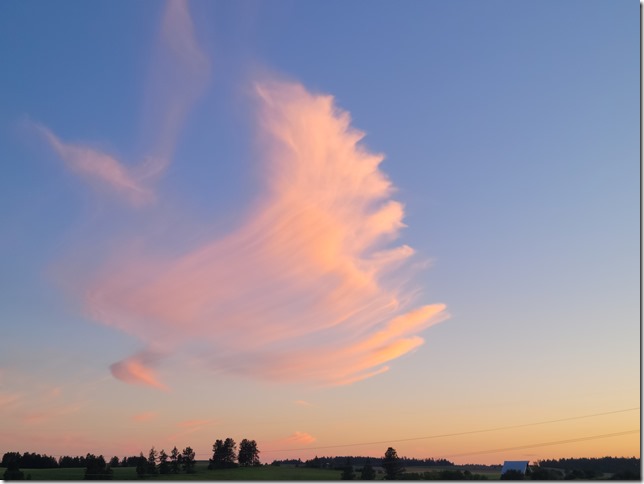 The sky picture goes with the earth pictures I took not too far away earlier in the day: 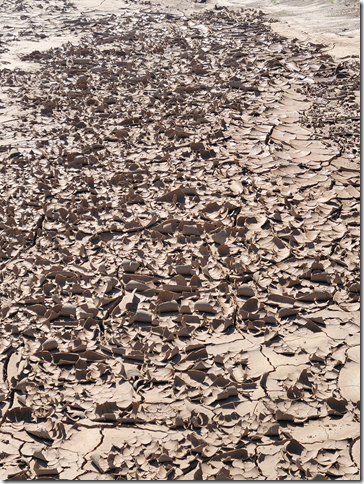 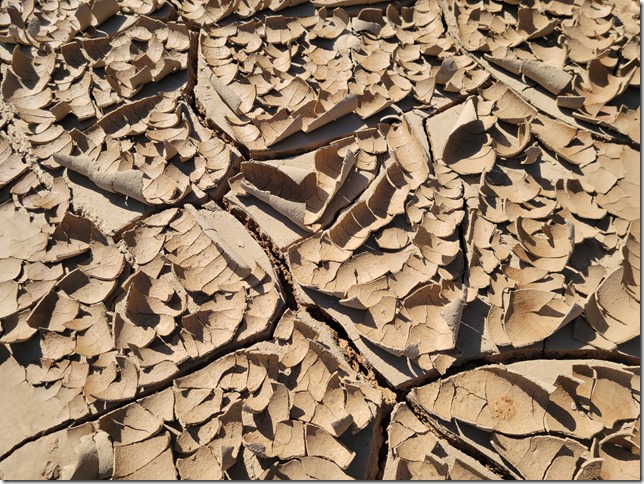 This was formed where there was standing water on clay which dried up.

When my brothers and I were growing up we would sometimes marvel at a similar formation a short distance from the house. There was the added thrill of seeing sparkles in the “mud chips”. We wondered if it was gold or silver. It was probably just fine sand, but still we found the formations fascinating.

3 thoughts on “Earth and sky”