I hope that even my worst critics remain on Twitter, because that is what free speech means

Elon Musk (@elonmusk)
Tweeted on April 25, 2022
[There are other things closely related that I thought I should point out at the same time.

Elon Musk’s buying Twitter is good for free speech. And a ‘nightmare’ for progressives:

despite warnings that censorship is necessary “for democracy to survive,” neither the Tesla CEO and billionaire nor ordinary citizens appear to be sufficiently terrified of free speech. Twitter confirmed Monday that Musk will acquire the company in a deal worth $44 billion. Once the deal is complete, Twitter will become a privately held company.

Progressives, in the meantime, have adopted a dangerous shift in their strategy of calling for corporations to censor speech.

Obama favors free speech only if it does not include disinformation, including what he considers to be “lies, conspiracy theories, junk science, quackery, racist tracts and misogynist screeds.”

He is talking about imposing “standards” on companies to force them to censor “lies” and “disinformation.”

As is often the case, former Secretary of State Hillary Clinton stripped away any niceties or nuance. Clinton called for the European Union to pass the Digital Services Act (DSA), a measure widely denounced by free speech advocates as a massive censorship measure. Clinton warned that governments need to act now because “for too long, tech platforms have amplified disinformation and extremism with no accountability. The EU is poised to do something about it.”

Clinton’s call for censoring disinformation was breathtakingly hypocritical. President Obama was briefed by his CIA Director John Brennan on “alleged approval by Hillary Clinton on July 26, 2016 of a proposal from one of her foreign policy advisors to vilify Donald Trump by stirring up a scandal claiming interference by Russian security services.” The intelligence suggested it was “a means of distracting the public from her use of a private email server.”

I have to wonder how Obama, Clinton, and/or Biden would respond to being censored for trying to spread disinformation by talking about “the gun show loophole”, “gun manufactures cannot be sued”, or “private citizens could not own cannons during the revolutionary war era”.

Twitter, Disney, Netflix, CNN+ and more stuff every day.
I told you guys a few months ago that we’d hit Peak Woke. They pushed too hard. Regular people are sick of this shit.
The tides are changing in the culture war.

On Sunday I had this very conversation with Brother Doug. My perception is that many people have been thinking this crap was near the breaking point for years and finally some people started openly talking about it and the dam has now burst. And people who were afraid to say something are now openly saying they aren’t going to take it anymore and are going to do something about it.

Brother Doug said that he has noticed that friends and relatives on Facebook on the political left have been keeping quiet about political stuff for several months.

From my sources: Vocal Twitter employees on internal chats indicate their biggest fear is Donald Trump being unbanned. Many express strong hatred toward @elonmusk & say they’re sick of hearing about “free speech.” They’re concerned about their mental health. #ElonMuskBuyTwitter

I fear Elon Musk could undermine the ideological diversity, equity and inclusion at Twitter which currently maintains a careful balance of 98.7% for one side. 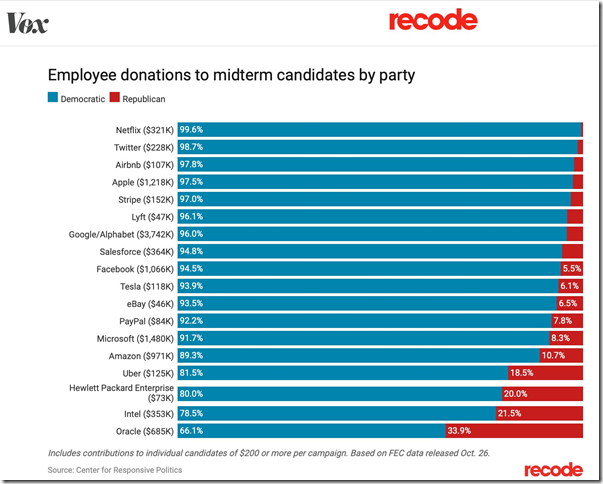 Just seems odd…haven’t they spent years saying they don’t limit speech based on a partisan bent? If that is the key thing he states that will change, and they claim they haven’t been doing it, what is the freak out about? 😉

If you think you’re having a bad day, spare a thought for the Twitter person who decided it was a good idea to ban the Babylon Bee

In case you don’t know, I think I have this correct, let me know if I misstated something and am spreading disinformation, The Babylon Bee had their Twitter account blocked pending their deletion of a tweet linking to their article The Babylon Bee’s Man Of The Year Is Rachel Levine. The Babylon Bee refused to delete the tweet. Elon Musk took the side of The Babylon Bee and used $44 Billion of his pocket change to buy Twitter. He then informed them, “This is now a free speech platform. Enable The Babylon Bee account and, while your at it, there are a bunch of other accounts you need to enable before you go home for your free range tofu, gluten free, certified organic dinner and curl up with your copy of The Communist Manifesto. And tomorrow you are going to make your ‘unbiased’ algorithms open source. Sleep well.”

Twitter founder Jack Dorsey got the hint and not only his nose but his entire head down to his shoulders came out brown just before he said:

Elon’s goal of creating a platform that is “maximally trusted and broadly inclusive” is the right one. This is also [current Twitter CEO Parag Agrawal’s] goal, and why I chose him. Thank you both for getting the company out of an impossible situation. This is the right path…I believe it with all my heart

I hope Correia is right. But always remember, the political left believes violence is a legitimate tool for them to use. And they believed they were on the edge of extinguishing Republican influence at all levels of government. If they think they were that close and see it slipping away their response may be… impolite. Prepare appropriately.—Joe]

11 thoughts on “Quote of the day—Elon Musk (@elonmusk)”