Back in the dark ages, before I had a blog, I attempted mass communication using a word processor to put words on material made from dead trees. I then used an envelope and stamp to send my missives to the local newspaper in hopes they might indulge me by sharing my words with their readers.

I didn’t realize it, but my parent saved at least some of those published Letters to the Editor.

Although my parents died in 2012 and 2014, my brothers are still cleaning the attic of their house. Stuff related to me has ended up on my desk. These two clippings arrived recently and are from over 20 years ago: 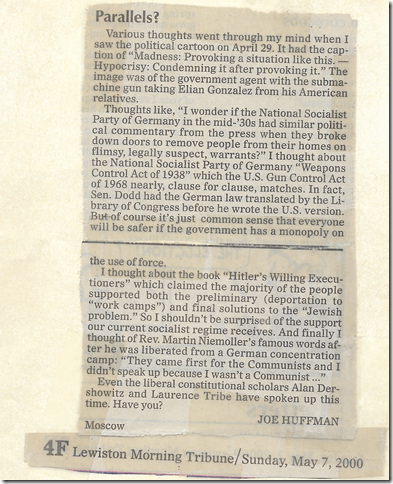 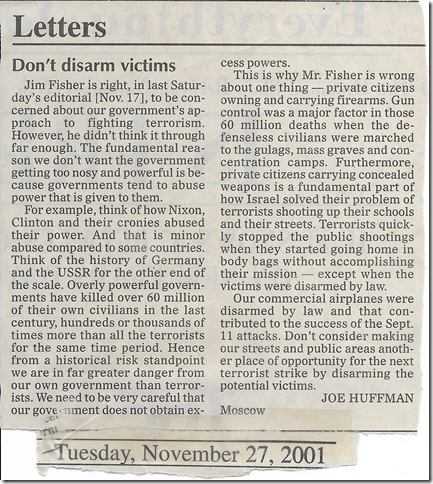 4 thoughts on “Before I had a blog”