I read a book (or maybe one story in a collection of survival stories) about the Shackleton expedition. A short version is here. In the long version you have difficultly believing there is an escape path for anyone at nearly every step in their journey. Yet, everyone survived.

And now people have found the ship Shackleton and his crew abandoned. It is four miles south and nearly two miles below where Shackleton reported it abandoned:

The wreckage of polar explorer Ernest Shackleton’s ship “Endurance” has been found, a team searching for it said on Wednesday, March 9.

The ship was crushed by Antarctic ice and sank some 10,000 feet to the ocean floor more than a century ago.

The three-masted sailing ship was lost in November 1915 during Shackleton’s failed attempt to make the first land crossing of Antarctica.

The pictures and video of the ship are incredible: 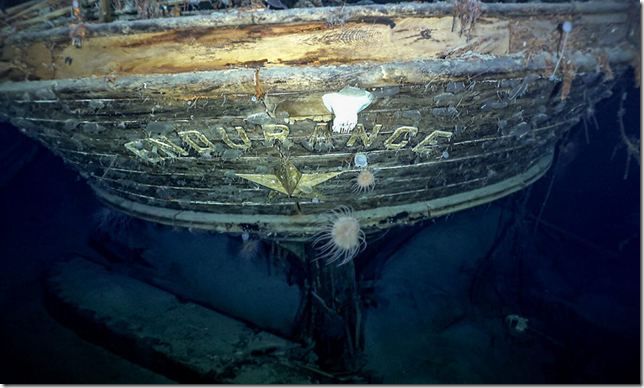 12 thoughts on “Amazing conclusion to an amazing story”