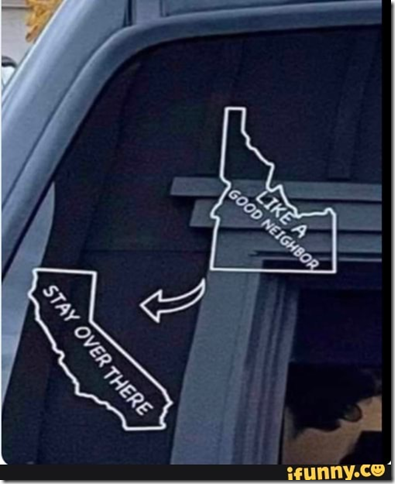 Idaho has the fastest growing population in the U.S. in 2021:

Idaho had a population growth of 2.12%, growing from 1,789,060 to 1,826,913. People from all over the U.S. are being drawn to Idaho for its affordability and the strong job market. Additionally, Boise has a rapidly growing tech sector. Many people migrating to Idaho are from California, most likely due to its affordability (especially compared to California) and a much lower population density. Despite the state’s rapid growth, it is the 12th-smallest state in the U.S.

Idaho residents would prefer people, especially colonizers from the socialist states, stay where they are and continue to provide a bad example for the rest of the country.