The American appetite for social media censorship is apparently increasing: 48 percent of survey respondents now want the government to restrict misinformation, compared with just 39 percent in 2018.

That figure—48 percent—is significant. It means, that just about half of all people want the government to violate the First Amendment, which protects the free speech rights of private actors, including tech companies. 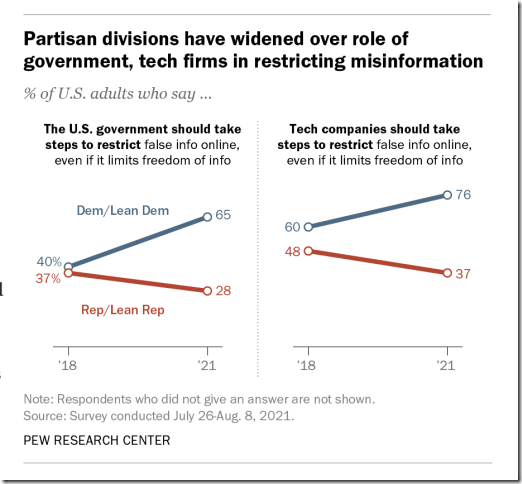 Robby Soave
August 20, 2021
48% of Americans Want the Government To Restrict Misinformation on Social Media
[I find it very telling that Democrats had a 25% jump in desire for government infringement upon the specific enumerated right to free speech.—Joe]

16 thoughts on “Quote of the day—Robby Soave”