Well, poverty won the war on poverty, and terror is still thriving…

I can’t wait for the war on guns. 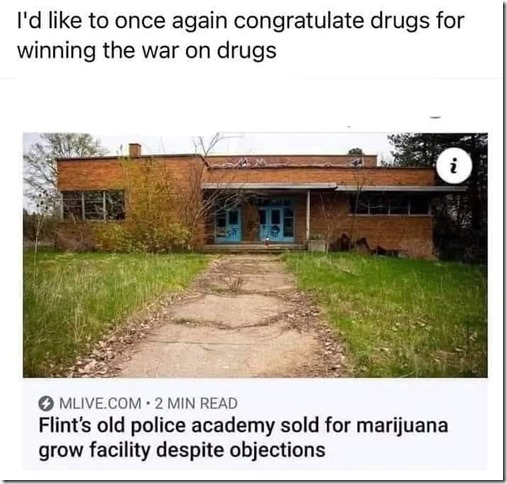 Kevin Baker
Posted on Facebook June 18, 2021
[Drugs are consumables. So it should be as easy as, “Just ban them an they will all be gone in a few months.” Right?

There are, at most, a few hundred active terrorists in this country. So it should be as easy as, “Just put them on a list, watch them, then arrest them every time they do something as innocuous as littering and they get a hint and leave or flip out and the cops can shoot them?” Right?

Guns are not consumables. They can easily last 100 years if properly cared for. There are something like 80 to 100 million gun owners in the U.S. in possession of hundreds of millions of firearms.

I know I’m not the first to have said this, but people are not setting new gun buying records nearly every year for the last 10 years with the expectation they would peacefully turn them in when they were banned.

Do the numbers and provide an estimate on the probability of success of a “war on guns”.—Joe]

12 thoughts on “Quote of the day—Kevin Baker”